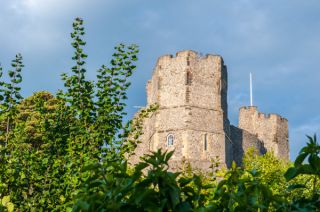 An imposing Norman castle in the very centre of historic Lewes, begun by William de Warenne shortly after the Norman invasion in 1066. Lewes Castle was not completed until three centuries had passed.

The castle is composed of a shell keep with octagonal corner towers, and a striking 14th-century barbican. Unusually, there are two mottes within the oval bailey enclosure, a curious design found elsewhere only at Lincoln. The smaller of the two mounds is known as Brack's Mount. Tradition suggests that it was raised first, then found to be too small, so another, larger motte was built at the other end of the bailey to control the town.

The larger mound is topped with a shell keep on a circular plan. Only the southern half of the keep is relatively intact. The use of herringbone masonry in the surviving walls suggests a date in the first half of the 12th century, probably during the life of William de Warenne II, who died in 1138. A pair of flanking towers were added in the late 13th century. 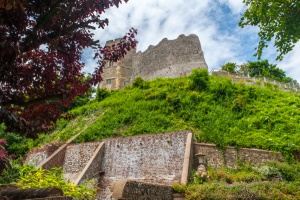 William de Warenne was one of the most powerful Norman lords in 11th century England. After the Norman Conquest Warenne was granted the Saxon fortified town of Lewes and a large estate surrounding it. Warenne almost immediately began building a strong fortress to control his new territory. At the sme time, he founded a Cluniac priory; the first in England.

Only fragments of the curtain wall still stand, and those are partly obscured by the growth of the town. One feature still very much intact is a 14th century barbican with a gate to the front. This is easily the best preserved part of the castle.

The barbican was probably built by John de Warenne, the last of Warenne earls, who died in 1347. After his death Lewes passed to the Earls of Arundel, and the castle was allowed to crumble into decay.

Next to the castle gate is Barbican House, home to the Museum of Sussex Archaeology, which tells the tale of the castle and the history of Lewes. The museum and castle are operated by the Sussex Archaeological Society and are open all year. There is a joint ticket available with nearby Anne of Cleves House. 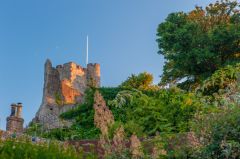 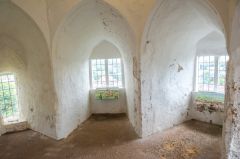 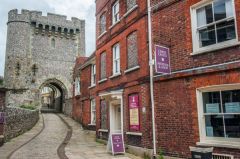 More self catering near Lewes Castle and Barbican House Museum >>