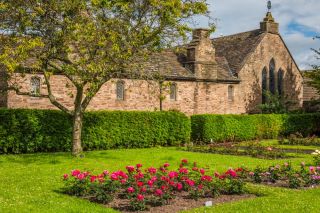 The monastery site is now an attractive garden, within which you will find a rare surviving example of a medieval preaching cross.

After the monastery was dissolved under Henry VIII the site became used by the Coningsby Red Coat Hospital, which was probably the inspiration for the Chelsea Hospital in London.

The museum traces the history of the site, including the story of the Knights Hospitaller, the Knights Templar, and the Crusades. There are exhibits of artefacts from the site. In addition, visitors can view the 13th-century chapel, which is still in use today by the Order of St John. The remains of Blackfriars monastery are directly beside the museum.

This spacious, detached Georgian cottage is ideally located on the edge of the cathedral city of Hereford and can sleep twelve people in six bedrooms.
Sleeps 12 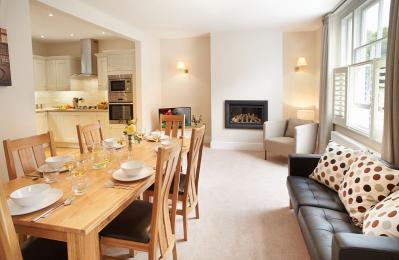