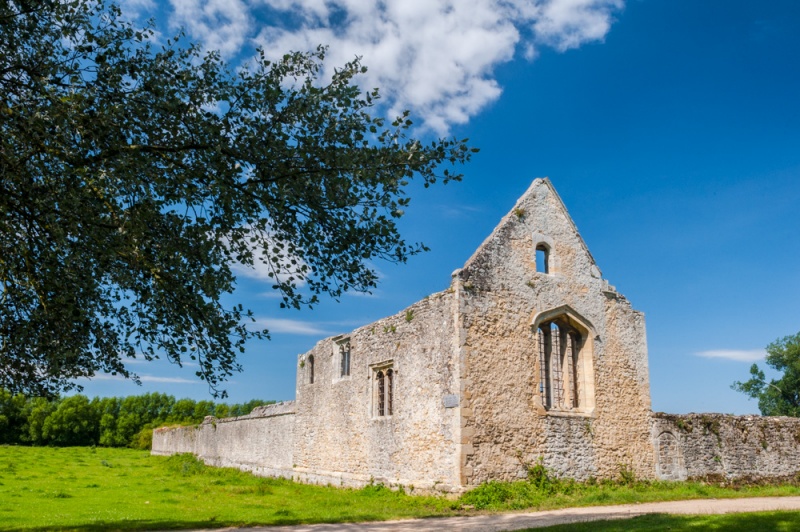 The ruins of a 12th-century abbey, or nunnery, stand in a meadow beside the River Thames at Godstow, just north of the city. Godstow Abbey is famed as the burial place of 'Fair Rosamund' de Clifford, Henry II's mistress.

The abbey was founded by Edith of Winchester, the widow of Sir William Launceline, in 1133. Edith, or Ediva, had a vision telling her to settle near Oxford and wait for a token from God bidding her to build a place in his name. She dwelt for some time at Binsey, until one night she heard a voice bidding her to 'go where a light from heaven' reached the ground, and there build a nunnery for 24 gentlewomen. She looked north and saw a light over Godstow. Edith went to Henry I and told him of her vision, and the king approved of her new foundation.

She was granted land on an island in the River Thames by John of St John, a local landowner, and established a Benedictine nunnery dedicated to St Mary and St John the Baptist. The abbey was enriched by a further grant of land by St John, and the church was finished by 1139.

It was dedicated in the presence of King Stephen, the Archbishop of Canterbury, and several bishops. The royal family was the major benefactor of Godstow Abbey, but leading nobles followed their example. Godstow was always a nunnery for aristocratic ladies, and women from many noble families in south-western England became nuns here. 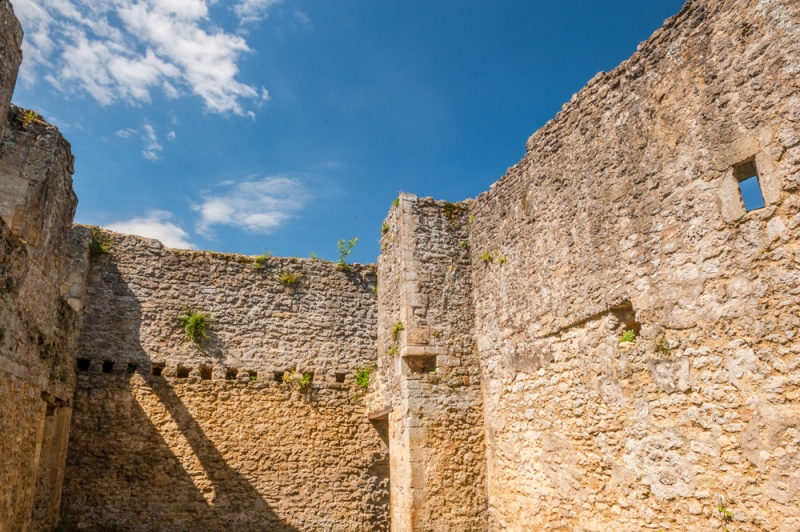 Tradition says that Rosamund de Clifford, Henry II's mistress, was educated at Godstow Abbey, that she retired to the Abbey to live out her last few years, and that she died and was buried here in 1176.

That tradition may be based on a misreading of documentary evidence. What we know for certain is that Rosamund died at Woodstock, and was buried at Godstow. It made sense to bury her at Godstow Abbey since it was a nearby holy place for ladies of her class. There is no evidence to support the tale that she was poisoned by Queen Eleanor out of jealousy.

We also know that in 1176 Henry sent building materials to the Abbey, and gave it the income from two churches, presumably to make the abbey church a more suitable place for his mistress's tomb.

In 1180 Walter de Clifford, Rosamund's ambitious father, mentions in a deed that his wife and daughter were both buried at Godstow. From this evidence, we can be sure that Rosamund was buried at Godstow, but whether she had any other tie to the Abbey seems dubious.

In 1191 Bishop Hugh of Lincoln visited the Abbey and reported that Rosamund's tomb beside the high altar was being treated like the shrine of a saint, which is not too surprising when you consider that it was a great honour for the nunnery to be the burial place of a king's mistress.

Bishop Hugh was not happy seeing the reverence given to Rosamund de Clifford's grave and ordered the body exhumed and reburied in the chapter house. A legend grew up that Rosamund's spirit was disturbed by this move, and her ghost is said to wander amid the abbey ruins. 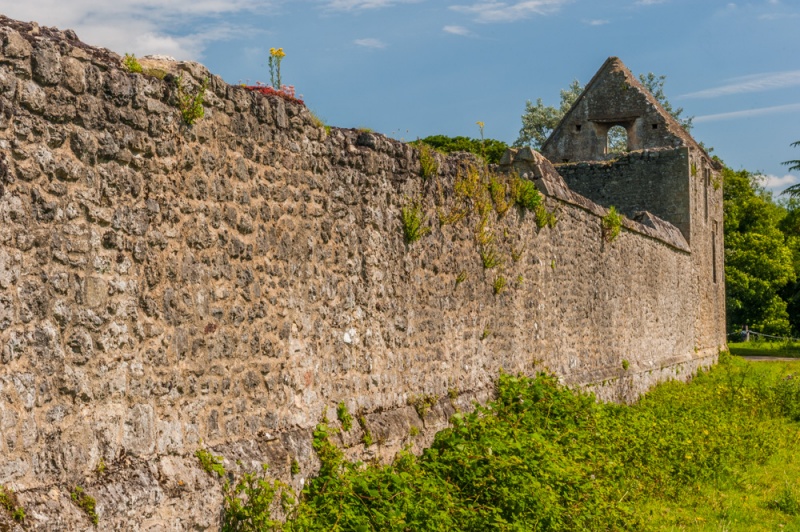 In 1284 Archbishop Peckham instructed the nuns to avoid contact with the scholars of Oxford following reports of unchaste behaviour by the sub-prioress. Worse was to follow, for in 1290 a carriage belonging to Godstow was stopped by persons unknown and a nun carried off. The nun may have been aware of the plot for shortly afterwards she was excommunicated.

The church authorities fought a losing battle against contact between the nuns and outsiders, particularly scholars from Oxford University.

The Abbey was never rich, for the aristocratic nuns maintained an expensive lifestyle, and in 1316 the king had to take the abbey into his protection due to its poverty.

At the Dissolution of the Monasteries Godstow had 16 nuns under the abbess. The abbess was given a pension of 50 pounds and smaller sums were granted the sisters. The abbey itself was given to Henry VIII's physician, George Owen.

The site passed to the Earl of Abingdon in 1702 and stayed part of the Abingdon estates until 1902. In 1924 it was given to Oxford University in trust for the nation.

Standing remains of the abbey show a large rectangular enclosure bounded by rubble walls. There is a blocked doorway in the east wall and a pair of blocked arches in the north wall. The best-preserved part of the abbey ruins is an early 16th century chapel in the south-east corner of the site.

The chapel may have formed part of the abbess's lodging. It follows the plan of a private chapel, with first-floor gallery giving access to a domestic building, now vanished. The most impressive feature of the chapel is a large east window with finely made tracery.

There have been numerous burials discovered on the site of the church, and tiles have been found on the riverbank, suggesting that the abbey buildings extended east as far as the water, which is now much further west than it was originally due to a new cut dug in 1780 and extended in 1885.

The south and west walls appear medieval, but the remainder probably daes to the 16th or 17th centuries.

Godstow Abbey is located on the Thames Path long distance trail. It can be reached from central Oxford by following the footpath from Folly Bridge, along the river to Binsey. This walk is one frequently taken by Oxford writers CS Lewis and JRR Tolkein. Carry on north opposite Port Meadow and you will find the abbey ruins just past Godstow Lock.

An easier route is to park at Lower Wolvercote, where there is a parking area at the north-west edge of Port Meadow. Follow the road past the Trout Inn, over a narrow bridge, and turn left onto the Thames Path. You will see the abbey in the field ahead of you. 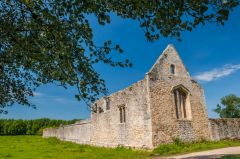 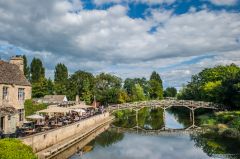 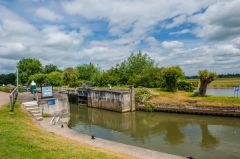 More self catering near Godstow Abbey