Queen In The West 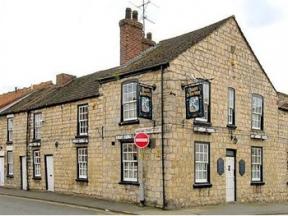 Tucked away on a cosy side road in the West End of the City, the Cathedral District is a short 15 minute uphill walk and 5 mins from the Brayfood Pool in the town centre. The Queen in the West offers two comfortable rooms situated in a farm workers cottage attached to the pub. The rooms are newly refurbished, one up and one down.

The Queen in the West, when built, did not have the benefit of electric light. Thomas Edison would not invent the light bulb for another 40 years. The Pub was at that time outside the city limits in a rural area serving local farm and clay pit workers.

It was a time of change, when nationalism was growing throughout the world. Dr David Livingstone was crossing Africa eventually reaching Victoria Falls, Singapore was being founded by Stamford Raffles, Charles Darwin was setting off on his five year voyage to the Pacific and in the Far East the Japanese were revolting against the Dutch and the Opium Wars were raging. The East India Company was in the process of being abolished after years of exploitation led about by the Indian Mutiny.

Texas had just won independance from Mexico and the United States were about to enter into a state of Civil War and jeans had just been invented. Meanwhile, back in Lincoln, ale was being consumed in the Queen in the West toasting the Duke of Wellington and the French Revolution. We continue to offer the same ale and comfortable lodgings to locals and travellers.

Get an Ordnance Survey map covering the Lincoln area.

Huckleberrys Bar And Grill
Restaurant with rooms (0.6 miles away)

The Duke William Hotel
Restaurant with rooms (0.9 miles away)


We've 'tagged' this accommodation to help you find related historic attractions and learn more about major time periods mentioned in the description.