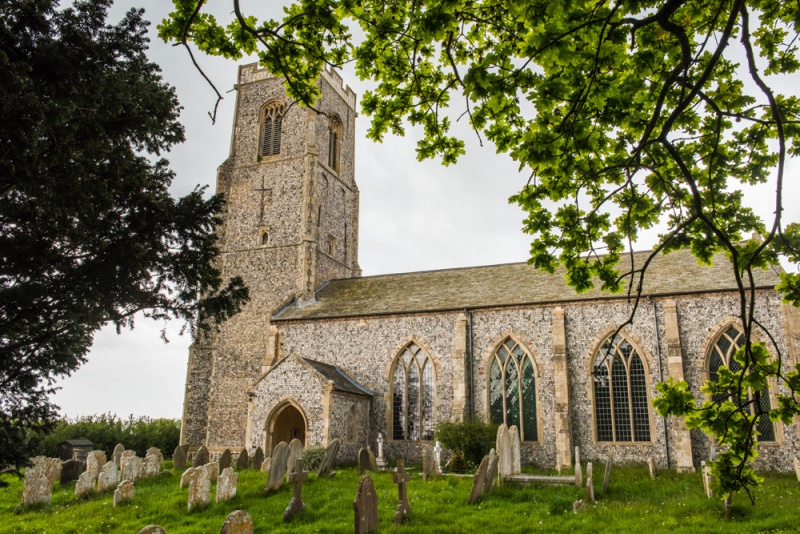 The parish church of St Peter and St Paul in Honing was begun in the 13th century, remodelled in the 15th, and almost completely rebuilt in 1795. The Georgian remodelling involved narrowing the north and south aisles, giving the interior a rather odd perspective, as the aisles form narrow passaged either side of the 15th-century arcades.

The remodelling retained the strikingly tall Perpendicular west tower but partially blocked the west door and converted the rest to a window.

Historic highlights inside the church include a 13th-century font with a bowl of Purbeck marble, set atop a stem decorated in Perpendicular style. The stem is decorated with eight grotesque and animal heads, while the bowl itself is plainly carved with a pair of pointed arches on each face. 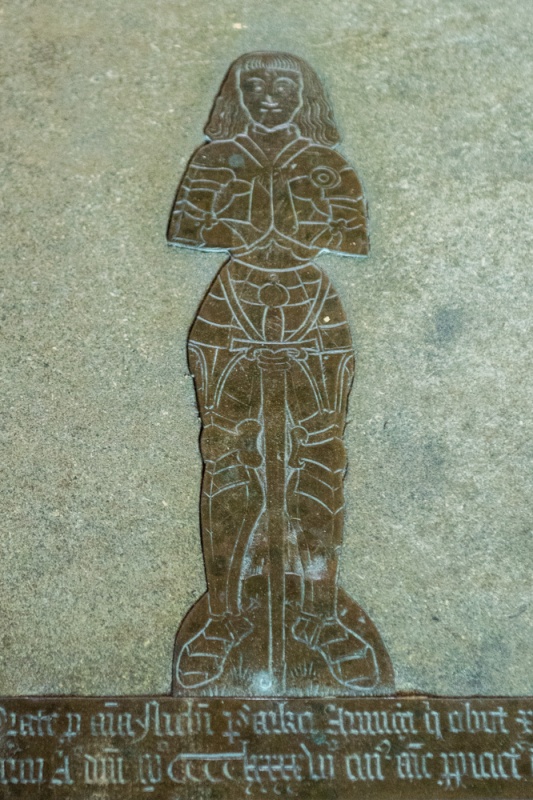 Other highlights wall tablets to members of the Cubitt family of Honing Hall. One is to Edward Cubittt, a soldier in the 4th Dragoons, who served in the Peninsular War, seeing action at Burgos, Vittoria, Pampeluna (Pamplona), and Toulouse. A later Cubitt monument is to Thomas Cubitt (d. 1829), who served as a magistrate for 45 years.

The most interesting historic feature is a memorial brass set into the chancel floor between the choir stalls. It shows a man identified as Nicholas Parker (d. 1496), clad in full armour, his hands raised in prayer. The detail of the armour and the deceased man's features are beautifully carved.

Set into the south chancel wall is a very finely carved 13th-century angle piscina under a trefoil arch.

There are several very good grave slabs, including one to Hannah Chamber, who died in 1760 'after a tedious and painful illness supported with a true Christian patience and resignation'.

Look for the medieval rood stair set into the thickness of the south chancel arch pier. You'll have to look up to find the final item of note; the lovely timber roof, installed during the 1795 rebuilding.

Honing church is usually open daylight hours to visitors and was open when we visited. 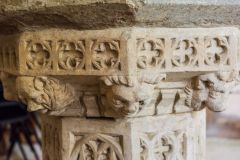