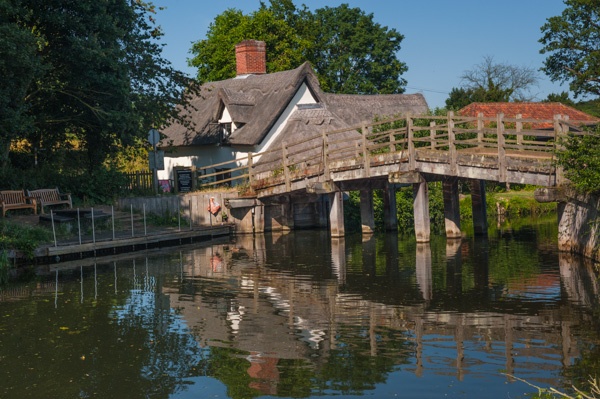 A thatched cottage dating from the 16th century. Flatford Bridge Cottage houses an exhibition on the life and work of 17th century painter John Constable, who painted the house frequently. Constable's father owned the nearby Flatford Mill, and Constable often painted the mill itself as well as Bridge Cottage, and Willy Lott's Cottage.

Bridge Cottage has a tea garden serving light refreshment, a shop, and offers boat hire. There is foot access to National Trust land in Dedham Vale, the very heart of "Constable Country".

Flatford Mill, Willy Lott's Cottage, and Valley Farm are used for arts courses, though the properties can be visited by groups through prior arrangement with the Field Studies Council. 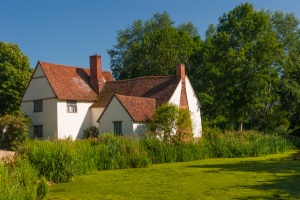 Across the quiet mill stream from Flatford Mill is a large whitewashed 16th-century house under a tiled roof. The house was famously portrayed in one of Constable's most popular paintings; The Hay Wain. The house also featured in a number of lesser-known Constable paintings, and he personally referred to it as Willy Lott's Cottage.

Originally called Gibbonsgate Farm, it was renamed Willy Lott's House in the early 20th century during a period of renewed interest in Constable and his work. Today it is used to accommodate students taking part in residential field studies at Flatford Mill, but the interior is occasionally open for guided tours throughout the year.

Who was Willy Lott?
Willy Lott was a local farmer and personal friend of the Constable family. He must have been excessively fond of his home, for it is thought that he only spent 4 nights away from Flatford during his 84 years. 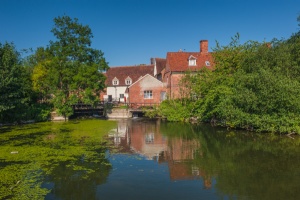 The National Trust pamphlet available the site entrance details special viewpoints used by Constable for several of his most famous paintings, including Flatford Mill (best seen from across the river) and Willy Lott's cottage (best seen up the lane that runs past Bridge Cottage). Bridge Cottage itself has a fascinating exhibit on Constable, his life, and work, occupying the ground floor.

Free entry. Guided walks of Flatford are available in high season (fee charged). There are waymarked circular walks through the surrounding meadows and a lovely walk from Flatford to nearby Dedham, retracing the route taken by Constable on his daily walk to and from school. Part of the Flatford site is set aside as a special RSPB wildlife garden, planted especially to encourage birds and insects.

I've been to Flatford a couple of times now, and each time I've been struck by how peaceful the location is. The quietly flowing River Stour, with swans and ducks swimming placidly under the bridge, is just about the perfect countryside location. It is easy to understand how Constable was influenced by this beautiful spot.

I highly recommend strolling along the far bank of the river, past Flatford Loch, for excellent views across to the Mill, and strolling up the lane past the mill for even closer views of Willy Lott's cottage. The scene is not precisely as Constable painted it, but the cottage has hardly changed at all. 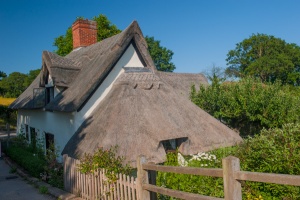 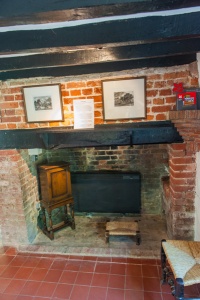 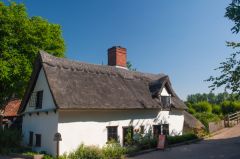 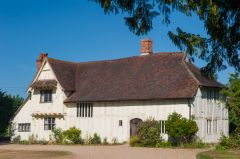