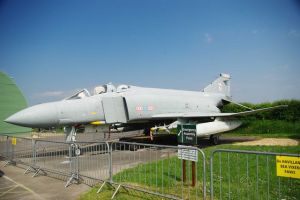 Tangmere Military Aviation Museum
A museum of historic aircraft housed at an old RAF base at Tangmere, near Chichester. RAF Tangmere was opened in 1916 and served as a frontline fighter base in WWII and later as home to several world speed record attempts.

Exhibits range from a full-scale replica of the Spitfire prototype to the world record Hawker Hunter used by Neville Duke. Flight simulators allow visitors to get a realistic flying experience while still rooted to the ground.

Other historic aircraft in the collection include a Supermarine Swift FR5, Spitfire Mk VB, and Sea Harrier FRS2 among many others. There is a special Battle of Britain Hall, recreating all the drama and nostalgia of that era. The museum also offers a full programme of educational opportunities for school groups and younger visitors in general.