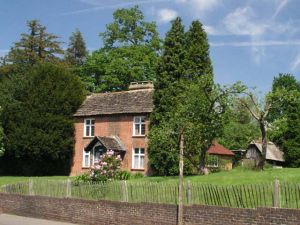 Mill House, Warnham
A small village near Horsham, famous as the birthplace of poet Percy Bysshe Shelley, who was born in 1792 at Field Place, a large house on the edge of the village. Though many of the Shelley clan are remembered in the local church, there is no memorial to Percy.

This is easily explained; his father did not approve of his son's choice of profession, and when the younger Shelley refused to give up poetry, his father cast him out and refused to acknowledge him. The poet is buried in Rome, and his heart is interred at Bournemouth, where his son lies buried.

Outside Warnham village is Warnham Nature Reserve, which has Warnham Millpond at its core. This area of woodland, meadow, and marsh has viewing areas and bird hides for visitors to observe local wildlife.

More self catering near Warnham >>

More bed and breakfasts near Warnham >>