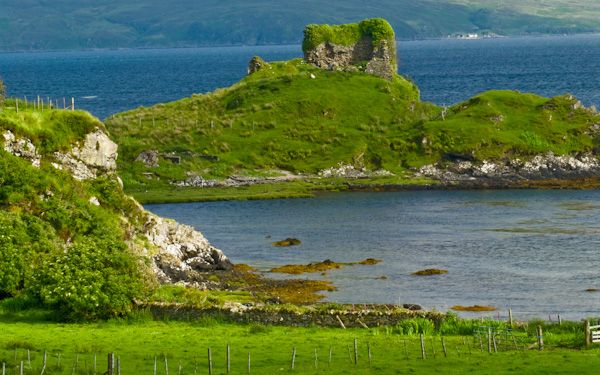 The ruins of Knock Castle (sometimes called Castle Camus) rise on a spur of land looking across open water to Isleornsay, on the Sleat peninsula of the Isle of Skye. The castle dates to the 15th century, and was built by Clan Macleod but later taken by Clan Macdonald. It was abandoned by the late 17th century and today is a romantic, crumbling ruin.