Welcome friends, its time to put the kettle on, settle into a comfortable armchair, and enjoy the best of Britain with Britain Update. But before you do, please take the time to forward this newsletter to someone who loves Britain as much as you do.

Strange but True British Laws
******************************
Britain has no written constitution, but rather, laws that have evolved from common custom and tradition. Well, perhaps the government should rethink that approach, given that the following laws are still legal statutes in the UK :

A bed may not be hung out of a window
All Englishmen over 14 are meant to carry out two hours of longbow practise a week supervised by the local clergy
It is illegal for a lady to eat chocolates on a public conveyance
Throughout the whole of England, it is illegal to eat mince pies on December 25
Tourists take note: It is illegal to leave baggage unattended
Picking up abandoned baggage is an act of terrorism
It is illegal for a member of Parliament to enter the House of Commons wearing a full suit of armour
In York, upon sight of a Scotsman with the city walls after dark, it is still legal to shoot him with a bow and arrow
In Chester, you can only shoot a Welsh person with a bow and arrow inside the city walls and after midnight
In Hereford, you can shoot a Welsh person all day in the Cathedral Close, but only on Sunday with a longbow
In Scotland, you may not fish on Sundays; and it is illegal to be drunk in possession of a cow.

Haggis Backpacker Expands and Changes Name:
One of the most popular tours for young people-the Haggis Backpacker bus, which now carries 14,000 adventure seekers around Scotland each year-has expanded its operation to include England, Wales and the Isle of Skye. It is now known as the Radical Travel Network. Their 7 day 129 pound per person Border Raiders flexi-tour leaves London 3 times a week, tours prehistoric standing stones, includes a stay in a Tudor mansion in a Welsh forest, a visit to York, Bath, Edinburgh and the Lake District.

The 3-day Sky High Tour at 79 pounds leaves Edinburgh 4 times a week and takes in Loch Ness, the Western Highlands and Skye. Prices include travel in modern Mercedes midi-coaches to the door of hostels for overnight accommodation which is not included, and services of a guide. You can get off and catch a later service if you wish. Details from Radical Travel at www.radicaltravel.com

York Food Festival:
The fourth annual festival of food and drink goes from Sept. 22 to Oct 1. There will be over 150 events, from celebrity cookery shows and speciality food markets to themed dinners and tutored wine and ale tastings. For further information call 01904 554430 or visit the web site www.york-tourism.co.uk

Scottish Walking Festival:
Britain's most northerly walking festival will be held in the Shetland Islands, north of the Scottish mainland, from September 13-17. Walking festivals are combined with informal evening entertainment and transport. This walk will cover many of Shetland's archaeological, wildlife and coastal sites and will end with a "foy", a traditional dance and get together in the evening. Special travel and accommodation packages are being arranged. Shetland is served by flights from all main Scottish airports and there is a car ferry from Aberdeen on the east coast. Phone: 01595 69 34 34 for details or visit the web site at www.shetland-tourism.co.uk

OK, this is Orientation Day. You're going to check out some of the main places that one hears about when someone mentions London. Wherever you're staying, take the tube (buy yourself a weeklong pass at the tube station) and take the Piccadilly Line to Leicester Square. At Leicester Square, follow the crowds up to the street past buskers who will entertain you along the way. Buskers are the musicians/actors you'll see and hear serenading you with all forms of instruments, including voice. Although it looks pretty laid back, busking is well organized in London. A busker has a certain area and that area is not to be infringed upon by another busker. It's all pretty interesting and neat.

Toss a few pence into their instrument cases and head out onto the square. Look around at the various statues of Charlie Chaplin and others, and go around the corner to the huge Swiss cuckoo clock that plays music and has movement like the cuckoo clock back home on your wall.

You can also check out the Half price ticket booth to see what's on at London theatres. Maybe you can pick up tickets for a show tonight. It's always good to expose the kids to the theatre and you're sure to find something that they'll enjoy. We took our kids to "Peter Pan" and it was a real thrill for all of us. In London, the audience isn't bashful - they'll hiss at the villains like Captain Hook. At intermissions, you can buy ice creams right in the aisles and just have a good time!

While at Leicester Square, you can find all kinds of "take away" foods to eat as you stroll around. Too bad, my favourite espresso bar is no longer there. I enjoyed sipping a cappuccino at the big plateglass window and simply watching the goings-on in Leicester Square from my vantage point.

Now get back on the tube, Piccadilly Line and go one stop over to Piccadilly Circus.

One of the first things folks recommended that we do when we arrived in London was to simply take a double-decker bus tour around to the various main attractions. Your tour guide will give you information about the city that you might not otherwise know and you'll have a quick orientation to this "city of a hundred small cities" for future reference. Expect to see things like Big Ben, Houses of Parliament, Westminster Abbey, Tower Bridge, the Tower of London, Buckingham Palace - you know, the typical haunts.

With a Big Bus Company Tour Ticket you get a Live Commentary. With this company, your ticket is valid for 24 hours and you get a free river cruise and walking tours. Adult Ticket £14.00 ($21 USD). Book online and save £1 (normal price £15) Child Ticket £6.00 ($9 USD). They have a really cool site, too. It's fun just to go there even if you don't buy any tickets! You'll be able to cruise the Thames and also get a free walking tour such as a Rock 'N Roll TourSsee where the Rolling Stones rehearsed and where the Beatles performed live for the very last time. From Piccadilly Circus, daily 1:30 and 4 p.m.

If you're not totally blown out by all the day's activities, you might take the kids up into British Airways London Eye located at Jubilee Gardens South Bank, London, SE1 Phone: 0870 5000 600.

At 135 meters high, this is the world's highest Observation Wheel (Ferris wheel). It provides a 30-minute, slow-moving 'flight' over London. Designed to reflect the elements - air, water, earth and time - the central theme is a circle of white light from within the rim which sweeps the skyline at 135 meters. The passenger capsule signifying 'time', is lit internally at the point of embarkation. Take the Jubilee Line (grey on your map) south toward Waterloo station. The Jubilee Line meets up with Piccadilly Line at Green Park.

Get a good night's rest! Hope the ghosts don't keep you up!

NEXT ISSUE:
Day 2 Itinerary
See the first part of this article at
/London/london-kids.htm

That's all for now. Until next issue, let me remind you that laughter is contagious. Be a carrier. 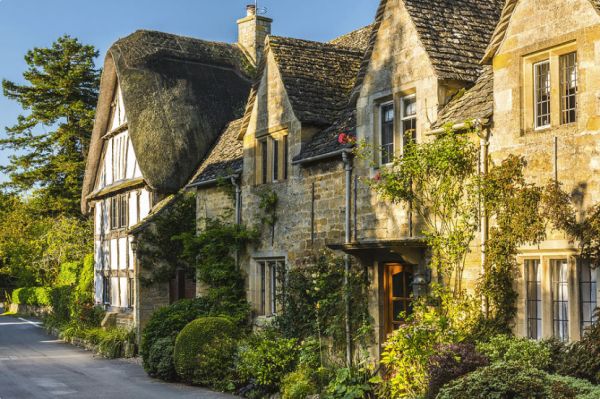 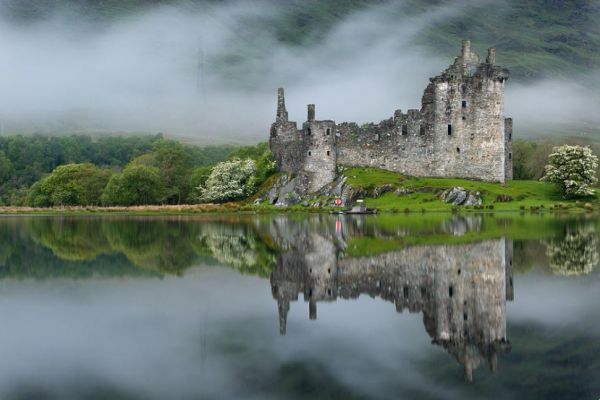 The Angel restaurant at Long Crendon. This 16th century coaching inn nestled in a picturesque village on the Bucks, Oxfordshire borders has built up a reputation for being one of those rare places that combines … more >>