Note: Due to unfortunate technical problems, not all issues of Britain Update are available in this archive, We apologise for this, but hope you will enjoy the issues presented here.

26 - January 15, 2000 - The Scholar's Guide to Oxford, Vale of the White Horse, The Autobiography of Henry VIII, Sea Henge, Agatha Christie's home, A New Spa at Bath 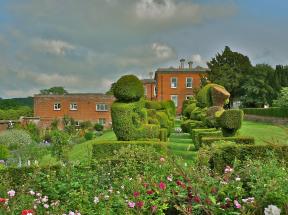 Mount Ephraim is a beautiful family-owned estate in the heart of the Kent countryside with five Guest Rooms. Each room has been individually decorated and has an ensuite bathroom flatscreen TV and tea and coffee …