Barnard Castle - the castle, not the town - is one of the most historic castles in the north of England. It has been fought over, won and lost, by some of the most famous figures in English history. It has withstood seiges, and been successfully beseiged. It has been claimed by nobles, bishops, and kings. Let's take a quick look at the history of the castle.
The land now occupied by the castle was owned by the church as early as the 9th century, but in the 11th century the Earls of Northumberland seized it. The Earl then rebelled unsuccessfully against William II and the crown seized the land, and in 1095 granted it to guy de Baliol. The church argued that William had no right to grant the land, and this dispute over ownership simmered on and off for centuries.

Guy de Baliol did not hesitate, and shortly after taking possession of the land he began construction of a ringwork defense that now forms the Inner Ward. In 1125 his son Bernard rebuilt and expanded the original wooden structure. Bernard also founded the town outde the castle walls, and granted it a charter.

Later members of the Baliol family fell on hard times, possibly due to the expense of maintaining the castle, and in 1190 the Bishop of Durham held the castle as security for a loan to the current Baliol owner. In 1212 King John ordered the castle to be returned to the Baliols.

In 1216 Scots under Alexander I invaded the north of England and beseiged Barnard Castle briefly. A defender within the castle fired a crossbow bolt that killed Alexander's brother-in-law, Eustace de Vesci. The castle survived that seige, but in 1264 was taken by barons supporting Simon de Montfort's rebellion against Henry III.

But we are getting ahead of ourselves. John de Baliol succeeded in 1228, and he became one of the richest men in England when he married Devorguilla of Galloway. John was a stern character, and he kept his wife's illegitimate brother Thomas imprisoned in Barnard Castle for over 60 years in order to hold his Scottish lands. When John died in 1269 Devorguilla founded Sweetheart Abbey in his honour. She also had John's heart embalmed in a casket, which she kept with her. At mealtimes food was served as if John was present. His portion was given to the poor afterwards.

One of John Baliol's sons, also named John, became a claimant to the vacant crown of Scotland. Edward I was called in to adjudicate among the various claimants, and selected John as the rightful king. As soon as John Baliol ascended the throne of Scotland he foreswore his allegiance to Edward, with the result that Edward invaded Scotland, seized John, and threw him in the Tower of London. He also confiscated the Baliol lands. In the meatime, however, the Bishop of Durham saw the chance to reassert the church's old claim to Barnard Castle, and occupied the castle. It was only in 1306 that Edward II reclaimed the castle for the crown.

After Edward I's death in 1307 the castle was granted to the Beauchamp family, Earls of Warwick. The Beauchamps left Barnard Castle to decay, and the outer wards were abandonned.

The bishops made another attempt to seize the castle in 1440, when Bishop Nevill occupied the site, but the king forced him to return it to the Beauchamps. After the Beauchamp line in the north died out the castle was granted to Anne, wife of Richard Nevill, Earl of Warwick. Nevill is known to history as 'The Kingmaker'. After Nevill's death in 1471 the bishops once more claimed the castle, but it was granted to Richard, Duke of Gloucester, later Richard III. When Richartd became king he made great plans to enlarge and strengthen the castle, but these came to naught as his brief reign was brought to an end by defeat at the Battle of Bosworth in 1485. The castle remained in royal hands following his death.

In 1569 the castle was at the heart of events in the so-called 'Rising of the North', a rebellion that sought to depose Elizabeth I in favour of Mary, Queen of Scots. The castle was beseiged by 5000 rebels, but the commander of the defenses, Sir George Bowes, organized a stern defense. The rebels took the Outer Ward and the Town Ward, and Bowes was forced to surrender. But the delay in taking the castle meant that the rebellion was doomed, and it ended shortly after.

In 1630 the castle was sold to Sir Henry Vane, who dismantled many of the castle buildings to use the stone for rebuilding his main home at Raby Castle. A descendant, Lord Barnard of Raby, gave the castle to the crown, and it is now in the care of English Heritage. 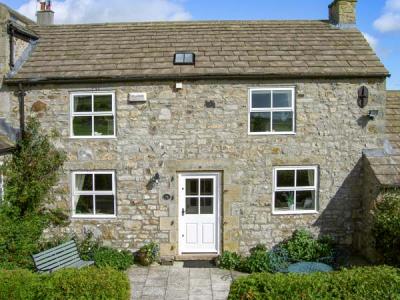 This terraced stone built cottage is in a countryside location two miles from Barnard Castle and sleeps four people in two bedrooms.
Sleeps 4 This semi-detached, stone-built cottage is situated in the hamlet of Ovington, near Barnard Castle and sleeps two people.
Sleeps 2