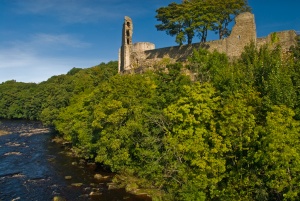 Barnard Castle
County Durham is a fairly recent political invention, but the region has a strong heritage of semi-independence and self-reliance. This was the territory of the Prince Bishops of Durham, medieval church leaders endowed with far-reaching political powers that made them virtual rulers within their bishop's see. Technically, Durham was a "palatinate", or kingdom within a kingdom.

In practice, the Prince Bishops of Durham were absolute rulers within their territory. The influence of the bishops gradually lessened after the Middle Ages, and their powers were eventually ceded to the crown.

Durham Cathedral is a wonderful reminder of the age of the Prince Bishops. The cathedral was founded in 995 by monks from Lindisfarne who had fled their island home when the Danish Vikings came calling. The monks needed a home for the relics of St. Cuthbert, and they built a superb church on a rise above a bend of the River Wear. The church built by Cuthbert's followers was pulled down by the second bishop of Durham when the present building was begun in 1093.

The nave is astonishing; the relatively slender composite piers alternate with massive drum columns. In this building the three main innovations of the revolutionary Gothic style come together; pointed arches, ribbed vaults, and flying buttresses (hidden above the aisle vaults). Durham is one of the high points of cathedral architecture in this or any other land. For a final tribute to Saint Cuthbert, see the items discovered in his coffin, now on display in the upper library. 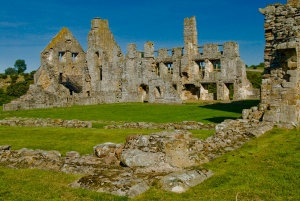 Not to be outdone by the cathedral is Durham Castle, begun in 1073 to house the Prince Bishops in style. Essentially a motte and bailey design, the castle has been much altered over the years. The Norman Chapel within the castle, with its sandstone arches and carved capitals, is a superb example of Romanesque architecture. In 1837 the last Count Palatine (Prince Bishop) granted the castle to Durham University, and it now serves as a residence for students. During summer university holidays visitors may stay in the castle.

The oldest and most interesting parts of Durham are contained within a small area, making for easy sightseeing. Walks along the river banks provide superb views of the castle and cathedral, and regular cruise ships ply the river itself.

There is more to County Durham than the city of Durham itself. Just north of the city is the Beamish Open Air Museum, one of the finest museums of its type in England. Visitors can go down a mine shaft, investigate old mining gear above ground, and see historic examples of traditional buildings, including a cottage, pub, school, shops, and a working farm. Regular buses run from Durham to Beamish during the summer months. 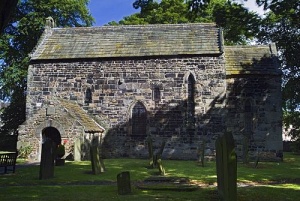 Barnard Castle is an enjoyable market town set in beautiful countryside beside the Tees. Here are the ruins of 12th century Barnard Castle, one of the largest medieval castles in England, now under the care of English Heritage. Just outside Barnard Castle lie the remains of Finchale Priory, on the site of St. Godric's 12th-century hermitage.

A less important but still attractive monastic ruin is located at Egglestone, where Premonstratensian monks founded a monastery in 1196. Much of the nave and chancel are intact and exhibit excellent stonework. On a smaller scale still is Escomb Saxon Church, one of the most complete Anglo-Saxon churches in England. The simple building, with its narrow nave and chancel, was built with stones from the nearby Roman fort at Binchester.

Raby Castle is a 14th-century fortification much altered to form a more comfortable country house in the 18th and 19th centuries. Rokeby Park, south of Barnard Castle, is an excellent example of the classical English country house. Begun in 1720 by Sir Thomas Robinson, Rokeby is an Italianate villa in the Palladian style that was just becoming popular in Georgian England. 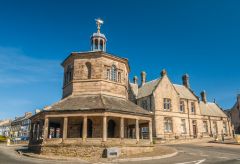 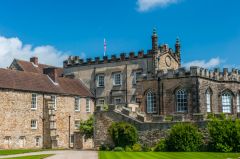 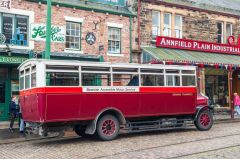 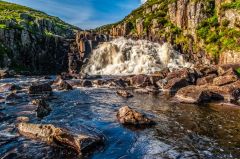 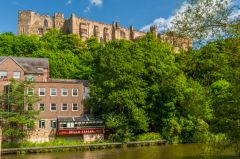 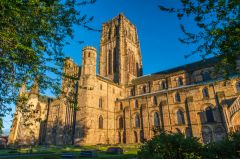 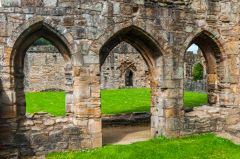 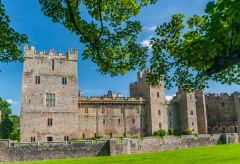