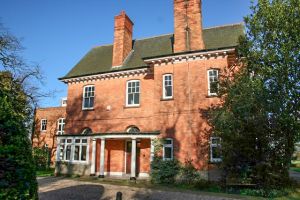 Blyton is a sizeable village in the northeast of Lincolnshire about 4 miles from Gainsborough, close by the River Trent. The name is thought to be a combination of Norse and Old English words meaning, 'Bligr's farm'. Blyton was mentioned in the Domesday Book of 1086, at which time the Norman lords Guy de Craon and Roger de Poitou had land there.

Blyton was home to the RAF Blyton airfield during WWII, but the airfield was abandoned in 1954. It has since been converted for use as a karting and motorsports venue.

If you fancy a refreshing pint, the Black Horse Inn is situated on the A159. The inn is housed in a traditional 18th-century building under a pantile roof. Among other historic buildings in the village is The Old windmill, an early 19th-century mill standing 5 storeys high, now converted into a dwelling. Nearby is Pilham Hall, built in 1908 and an excellent example of an Edwardian country house.

The parish church of St Martin of Tours is a fine example of Early English architecture. The church was begun in the late 11th century, and it retains parts of that early Norman work in the base of the tower. The chancel was rebuilt in the Victorian period, but a window dating to around 1300 was reused. The font is 15th century. On the north chancel wall is a memorial to two children of Sir John Wray, who died in 1613 and 1615.

Nearby historic attractions include Gainsborough Old Hall and the superb Saxon church of Stow Minster. 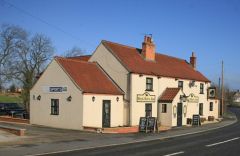 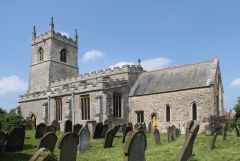 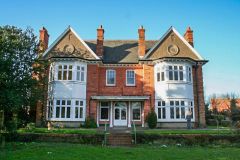 More self catering near Blyton >>

More bed and breakfasts near Blyton >>