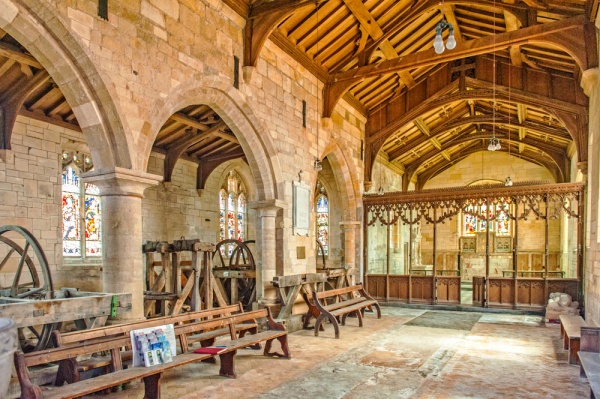 A much restored Perpendicular church with a striking west tower, Saundy parish church is dedicated to St Martin of Tours. The church beside the Hall, now a collection of farm buildings.

There was probably a Norman church on this site, but the only thing remaining from that early building is the font, which now stands n a modern base.

The oldest part of the present building is 13th century, but the west tower dates to the early 16th century. In the tower window are fragments of late medieval glass. The south porch is 14th century.

Much of the current building is the result of a sympathetic rebuilding in the Victorian period, performed so well that it can be difficult to distinguish the medieval features from the Victorian.

The most interesting historic feature in the interior is a 14th-century effigy of an unknown knight beside the chancel screen. This is thought to be one of the De Saundeby family, founders of the church, possibly William Saundeby, who died in 1418. The knight's legs are missing, but they must have rested on a stone lion which still remains at the foot of the tomb. In the chancel floor is a grave slab to Sir William and his wife Elizabeth. 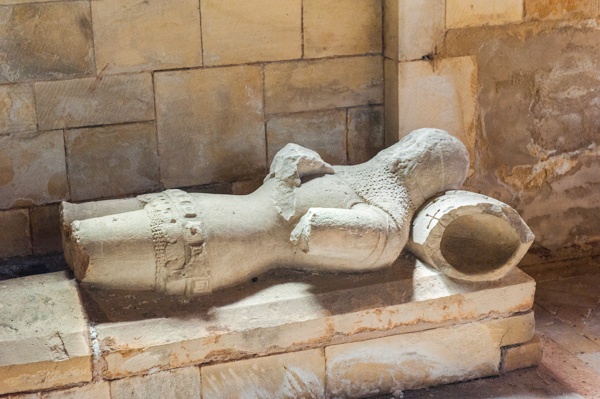 There is also an ornate monument to John Helwys and his wife Mary, dated to 1599. Their son Gervase served as Lieutenant of the Tower of London under James I. Gervase Helwys was hanged in 1615 for his involvement in the plot to murder Sir Thomas Overbury.

The chancel is a product of the Victorian restoration, including excellent stained glass by the well-known CE Kempe studios (1885), though the large east window is by the famous Clayton and Bell company of London, installed in 1865. On the east wall is a mosaic reredos and the walls are pure Victorian Gothic theatre, with alabaster and red marble panels.

In the south wall is a 14th-century piscina. The nave windows depict scenes from the life of St Martin, including an episode where he cut his cloak in two to give half to a cold beggar.

The arcade is 13th-century Early English, but the tower arch is 15th-century Perpendicular. In the nave are the remains of timber bell frames. A carved wooden screen separates the nave from the chancel, and in front of the screen is a stone font.

St Martin's is no longer used for regular worship and is in the care of the Churches Conservation Trust. It is normally open daily to visitors. 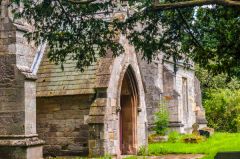 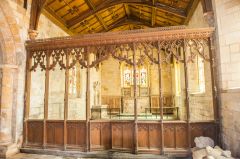 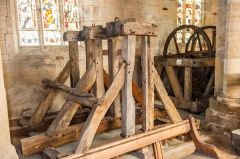 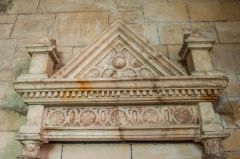 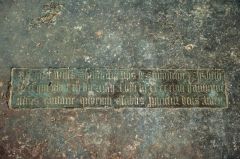