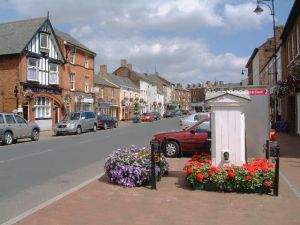 A market town in the South Holland district of Lincolnshire. Long Sutton was granted a charter for a weekly market in the 13th century, and the market continues to this day. St Mary's church has a lovely spire of timber covered with lead, built to the same design as Chesterfield's famous twisted spire, but in this case, the steeple stands straight and true! The town is well known for its floral displays in spring and summer.

It may be hard to imagine it today, but Long Sutton was one of the busiest trading centres in eastern England during the early medieval period. Perhaps it was that prosperity that eventually brought the notorious highwayman, Dick Turpin to Long Sutton.

Turpin lived in the town for 9 months under an alias, and there is a road named after him. Another version of the story says that Turpin paused in the town on his desperate overnight ride from London to York to establish an alibi for a robbery he had committed.

The gaunt outline of Harrison's Mill is a local landmark. The mill was built in 1843 for Charles Treffitt. It stands 6 stories high. It was driven by wind, utilising 6 sails to drive 3 sets of grinding stones. The sails were disconnected in the 1920s and the mill was driven by engine power.

The sails were removed in the 1930s and used for Brunswick mill. Long Sutton mill was then gutted and left to decay. The wooden upright shaft remains in place, with sections of gearing, but other than that the mill is ruinous.

On Vicarage Lane stands Seagate Hall, built in the late 18th century to serve as a residence for Thomas Leigh-Bennett, vicar of St Mary's church. The house, begun around 1784, incorporates part of an earlier Tudor building. For 2 centuries it served as a vicarage and for 120 of those years, the vicars were members of the same Leigh-Bennett family.

The pretty medieval church is known for its lead-covered spire, but there is much more to see! The building dates to the late 12th or early 13th century, replacing a wooden church built in 1120 by Robert de Haia. The striking west tower was originally free-standing and only linked to the body of the church when the aisles were extended.

There are fragments of stained glass dating to 1380, and more from the 14th and 15th century. One of the windows depicts part of a Jesse Tree, the mythological family tree of Christ. Look for the grave slab of John Bailey, a local surgeon killed by robbers in 1795 while returning from visiting a patient. The grave slab is inscribed 'Alas Poor Bailey'.

There are a 12th-century font and a 15th-century brass lectern, plus a poor box dated 1712. 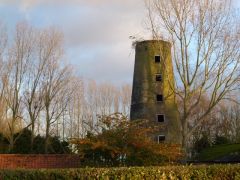 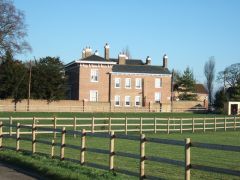 More self catering near Long Sutton >> 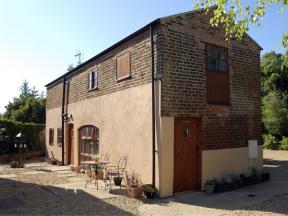 This beautifully converted barn has been tastefully decorated to provide light, modern and airy accommodation for up to four people in a charming rural location.
Sleeps 4 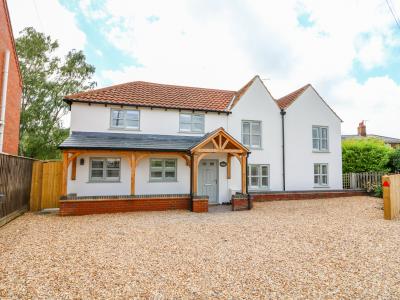