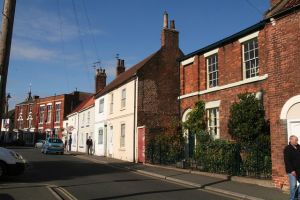 Louth is a historic market town on the eastern edge of the Lincolnshire Wolds. The most notable building in Louth is the superb 15th-century church of St James, with its decorated Gothic spire rising to 295 feet in height, making it the tallest of any parish church in England.

Louth became a major trading centre for East Anglia when a canal between Louth Riverhead and Tetney was opened in the 1770s. The 11-mile long canal used 8 locks to manage a change in elevation of 46 feet. Trade through the canal linked Louth with London and Hull and resulted in a boom in prosperity.

The coming of the railway meant a gradual decline in canal traffic, and the route finally closed in 1924. A reminder of the heyday of Louth's canal is the old 18th-century wool warehouse, now a restaurant and meeting venue, with a small museum display on the history of the canal. Towpaths along the canal have been restored as walking trails.

It was at St James that the Lincolnshire Rising took place in 1536. This was a short revolt against Henry VIII's establishment of the Church of England and his Dissolution of the Monasteries. The revolt seems to have been inspired by an impassioned sermon preached by the vicar of St John's.

Local residents, fearing that Henry VIII's commissioners were going to seize the church's treasury, rose in revolt, and within a few days over 50,000 people gathered to march on Lincoln, demanding an end to Henry's Reformation.

A figure of some mystery, Louth's very own saint may have been a 9th-century bishop who died in AD 873, possibly killed by the Danes. Herefrith has been variously described as Bishop of Lincoln, Bishop of Lindsey, or Bishop of Auxerre.

A shrine to Herefrith was established at Louth, but around AD 963 Aethelwold, Bishop of Winchester, sent men to steal the relics of Herefrith and take them by stealth to Thorney Abbey in Cambridgeshire. It is possible that St James' church was built on the site of an earlier church dedicated to Herefrith.

This small museum on Broadbank tells the story of Louth and its heritage, with exhibits ranging from local geology to industry, archaeology to industry, Learn about the history of carpets made in Louth, local wildlife, famous people and buildings, and see the national collection of carvings by artist Thomas Wallis. One gallery tells the story of the disastrous 1920 flood that claimed 23 lives.

On Gospelgate is a group of almshouses founded in 1551 on land once belonging to the medieval Guild of St Mary. The almshouses were rebuilt in neo-Tudor style by James Fowler in 1868. Another historic building is The Mill on Bridge Street. This red-brick building was erected in 1742 and is now a private dwelling.

A much more public building is the Olde Whyte Swanne inn on Eastgate. The Swanne claims to be the oldest pub in Louth, with a stone over the door inscribed with the date 1612. The pub is said to be haunted, and in days gone by visitors were told not to sit in the seat beside the fireplace as that was the ghost's seat.

Graduates of the Louth grammar school include Alfred, Lord Tennyson, and Arctic explorer Sir John Franklin. Look for a plaque on the exterior of the school on Schoolhouse Lane, noting the Tennyson connection. 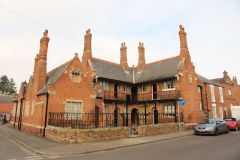 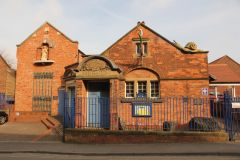 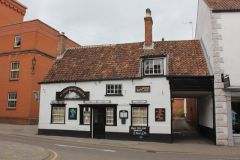 More self catering near Louth >>

More bed and breakfasts near Louth >> 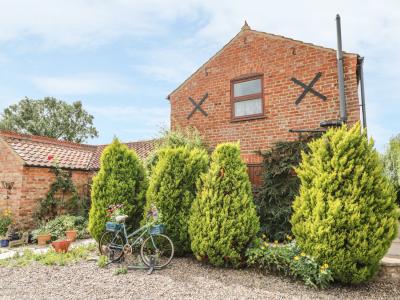 This barn conversion is set next to the owner's home in the village of Austen Fen, six miles from Louth and can sleep four people with one double bedroom and …
Sleeps 4 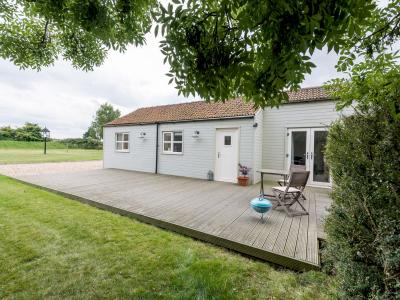 This lovely cottage rests in Lincolnshire and can sleep two people in one bedroom.
Sleeps 2