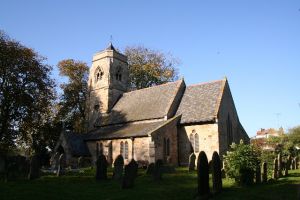 The parish church was built in the 13th century of local limestone, but most of what we can see today is the result of a comprehensive rebuilding in 1865 by architect James Fowler of Louth. Fowler retained much of the medieval stonework, especially the south doorway and north arcade.

The rather curious font has a bowl from the 13th century, set atop a 19th-century base. In the churchyard stands a medieval cross. In the churchyard are 39 war graves, including German, Canadian, Australian, and British service personnel.

Lincolnshire is RAF country, with a wealth of airfields big and small. One of the earliest RAF bases in the county was established outside North Coates in 1916. It was closed after the end of the war, then reopened in 1927 as an Armament Practice Camp. In 1940 it was made into a full airfield again, only to close once more in 1947.

The airfield was opened yet again in 1963 as a SAM (surface to air missile) site and closed for good in 1990. The buildings have been sold into private hands, but the field itself lives on as the home of a flying club. Other interesting places to see include a good country pub called The Fleece Inn, and the old Methodist church, built in 1864. 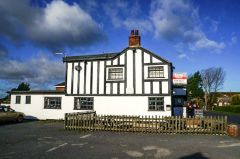 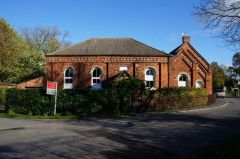 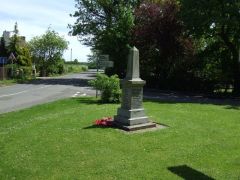 More self catering near North Coates >>