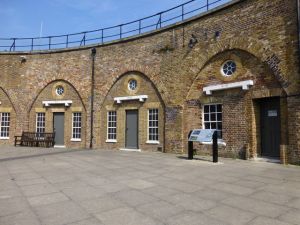 Redoubt Fortress & Military Museum
The Redoubt was built in the early 19th century as part of the coastal defence system aimed at countering a threat from the French under Napoleon. Today, it houses the museums of no less than three historic regiments; the Royal Sussex Regiment, the Sussex Combined Services, and the Queen's Royal Irish Hussars.

Among the displays are a German staff car captured in WWII, a huge armoury, and a recreation of a camp used by the Irish Hussars in the first Gulf War.

The Royal Sussex Regiment was raised in 1701, and the museum displays a huge array of medals, badges, uniforms, and drums from over 300 years of service across the globe.

Queen's Royal Irish Hussars Regimental Collection combines collections of memorabilia from the history of the 4th Queen's Own Hussars and The 8th King's Royal Irish Hussars. Among the items on display is a Russian bugle used during the ill-fated Charge of the Light Brigade in the Crimean War.

A joint ticket is available to see the Redoubt, Newhaven Fort, and Seaford's Martello Tower at reduced rates. 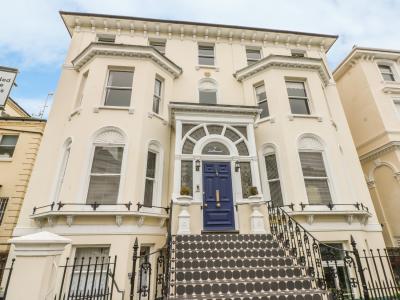 This charming apartment rests in the heart of Eastbourne and can sleep four people in two bedrooms.
Sleeps 4