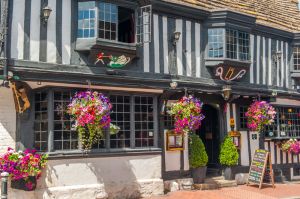 This is "1066 Country", a fact not lost upon the tourism marketing departments of the towns and villages of East Sussex. It may be hard to escape the legacy of the Norman invasion, and in truth there is much to see of historical interest. The town of Battle, north of Hastings, marks the spot where William the Conqueror met the forces of Harold and his Saxons on October 14, 1066. So much might have been different had Harold been killed, or had the Saxon's not broken ranks to chase Normans who looked to be fleeing the field. 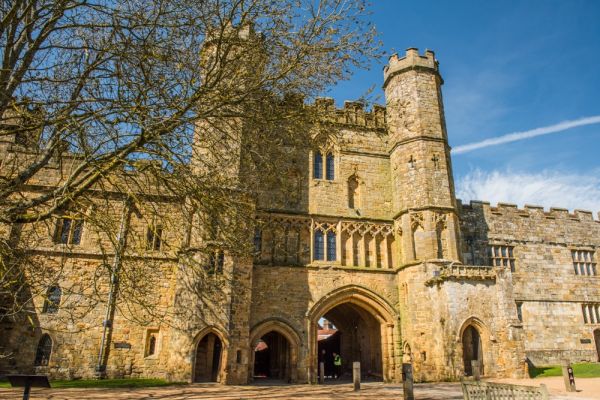 Four years after the battle William built Battle Abbey, and though little of the church survived the Dissolution of the Monasteries, quite a few of the monastic buildings occupied by monks of the Benedictine order for 469 years still remain. The abbey gatehouse now houses a museum depicting daily life in a monastery.

If you'd like a change from all the history, East Sussex boasts a number of attractive - by English standards - seaside resorts. Hastings itself possesses the remains of an early castle, but most visitors come for the amusement pier and associated seaside fun. More attractive and less visited is Lewes, the county town of East Sussex. Here the remains of a medieval castle perch high above the River Ouse. On High Street is Anne of Cleves House, given to the ex-Queen by Henry VIII to soften the blow of their divorce. The house is now an excellent folk museum. Just 2 miles from Lewes is Glyndebourne, where the opera house beside the old Tudor manor hosts some of the finest musical and operatic performance in the world. Patrons of the opera traditionally have picnics on the lawn during a long supper break. 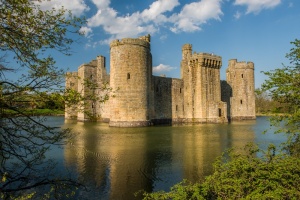 Rye is another popular seaside town, though its cobbled streets, once the haunt of smugglers, now ring with the sound of tourist's footsteps. It is attractive for all its popularity, and worth a visit.

The major town and beacon for visitors is Brighton. The city spreads out along the coast so that it is hard to tell where Brighton stops and the surrounding urban areas begin. The city itself is an odd mix of historic buildings and tacky tourist traps, amusement piers and nightlife.

The cream of the attractions is Brighton Pavillion, the oddly exhilarating oriental palace built by John Nash for his patron the Prince Regent. "Prinny" had opulent tastes, and the Pavillion is garish excess brought to life, but for all that it is an attractive place to visit. An underground passage leads to the nearby house occupied by Mrs, Fitzherbert, the Prince Regent's secret wife. 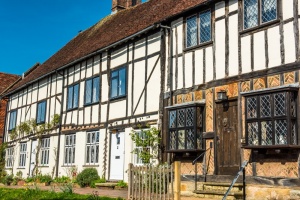 Every May the Brighton Festival of the Arts brings international-quality performing artists to the largest arts festival south of Edinburgh.

East Sussex has more to offer than its seaside towns, however. Almost 2/3 of the county is contained within Areas of Outstanding Natural Beauty. There are no less than 5 country parks, and the South Downs Way long distance path provides superb walking through ancient woodlands and across the rolling hills of the South Downs. The Downs are dotted with small villages along river valleys, and the area is rich in prehistoric remains, the known of which is the enigmatic Long Man of Wilmington hill figure.

Beachy Head is the highest point along the coast, and excellent views can be obtained from the clifftops. Road access is easy, which is a double-edged sword, as this means that it can often be crowded. By contrast, the Seven Sisters (a series of rolling chalk cliffs to the east of Seaford) are comparatively isolated and peaceful. By the way, there are actually eight "sisters".