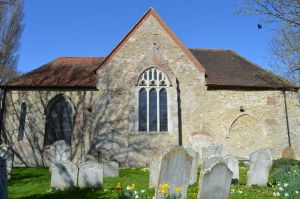 A quiet village that is home to the Pagham Harbour Nature Reserve. The reserve is an important breeding area for over 200 species of birds who are attracted to the wide expanse of tidal mudflats. Guided walks around the reserve leave from Sidlesham Ferry. The Reserve stretches to over 1500 acres, composed of saltmarsh, mudflats, farmland, reed beds and shingle beaches.

The history of Sidlesham goes back to at least the 7th century. Records from AD 683 show that Caedwalla gave the manor here to Bishop Wilfrid to provide funds for the abbey at Selsey. The manor was held by the Bishop of Chichester at the time of the Domesday Book in 1086, and the bishops held the estate until 1560.

In that year Queen Elizabeth exchanged less profitable estates for the manor of Sidlesham. The queen sold the manor into private hands in 1588, and it passed through several owners until it came to the Farrington family, who rented it out. The manor house itself passed in time to Sir Thomas Cuddon, a chamberlain of the City of London.

Sidlesham's attractive parish church, dedicated to St Mary Our Lady, dates in part to the 12th century, with nave arcades from around 1220. Unusually, the church is built of stone rubble, unlike most other churches in the area which are constructed of flint. The nave roof is 13th century, and the church is entered through an 18th-century porch of timber and brick. There is an 18th-century brass candelabrum in the chancel, and an early 13th-century font under the north aisle arcade.

Clustered around Pagham harbour are a group of 18th-century buildings, though the Crab and Lobster Inn may be even earlier, as is the thatched cottage opposite. West of the church, on the south side of Church Lane, is a group of 4 picturesque thatched houses dating from the 17th century. 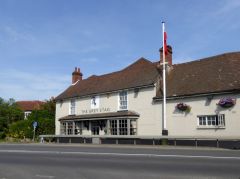 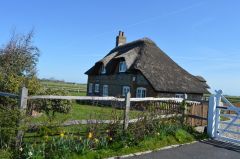 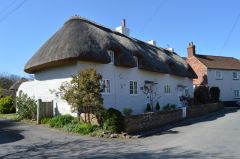 More self catering near Sidlesham >>

More bed and breakfasts near Sidlesham >>