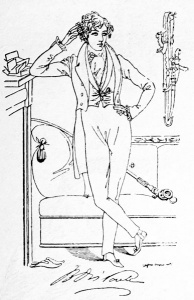 Disraeli, on the other hand, was imperialist, nationalistic, and charming to boot. The queen enjoyed his company, for he could make her laugh.

The Irish Question
This was also the age of the 'Irish Question', the question being whether or not the Irish should be allowed to rule themselves. Gladstone was a constant activist for increased Irish autonomy, but his views were not widely supported, and Irish extremists began a campaign of terrorism, the fruits of which are still with us today.

Legal reform proceeded slowly. Education was made more accessible for the lower classes, and the Ballot Act of 1872 made voting a private affair for the first time. The Army Regulation Bill abolished the practice of purchasing commissions in the armed forces.

Victorian literature
In this age before TV's, computers, and Nintendo, the most common form of entertainment was reading aloud (parents of the video age take note!). Writers like Dickens, Tennyson, and Trollope were widely read and discussed. The advent of universal compulsory education after 1870 meant that there was now a much larger audience for literature. Disraeli himself, when he wasn't locking horns with Gladstone, was a very popular novelist.

Victoria's Empire
Much of the attention of the country was focussed abroad during this era. In 1876 Victoria was declared Empress of India and the English Empire was constantly being expanded. The prevailing attitude in Britain was that expansion of British control around the globe was good for everyone.

Urbanization
On the home front, the Industrial Revolution gathered steam, and accelerated the migration of the population from country to city. The result of this movement was the development of horrifying slums and cramped row housing in the overcrowded cities. By 1900 80% of the population lived in cities.

These cities were 'organized' into geographical zones based on social class - the poor in the inner city, with the more fortunate living further away from the city core. This was made possible by the development of suburban rail transit. Some suburban rail companies were required by law to provide cheap trains for workers to travel into the city centre.

Seaside Resorts
The growth of rail transit also gave birth to that Victorian mainstay, the seaside resort. As the Industrial Revolution progressed, working hours decreased, and the introduction of Bank Holidays meant that workers had the time to take trips away from the cities to the seaside. The seaside resorts introduced the amusement pier to entertain visitors. Some of the more famous resorts were at Blackpool and Brighton.

The new aristocracy
The Industrial Revolution also meant that the balance of power shifted from the aristocracy, whose position and wealth was based on land, to the newly rich business leaders. The new aristocracy became one of wealth, not land, although titles, then as now, remained socially important in British society.

The Victorian Age
Back: The Great Exhibition
Next: The Railways
Also see "Victorian London" in our "London History" section.