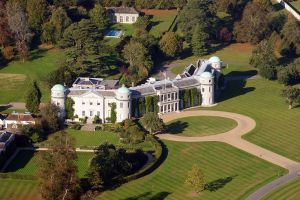 Goodwood from the air

Goodwood has been the seat of the Dukes of Richmond for over 3 centuries. The highlight of a visit is the Royal State Apartments, with a display of fine art by Canaletto and Stubbs among other master artists. The estate is home to the annual Festival of Speed, and a racecourse which hosts the 'Glorious Goodwood' race meeting.

The history of Goodwood House begins around 1600 when a modest Jacobean house was built to act as a gentleman's residence. In 1697 Charles Lennox, the 1st Duke of Richmond, purchased the estate and extended the earlier house. Lennox was the illegitimate son of Charles II by his mistress Louise de Keroualle. He intended Goodwood as a simple hunting lodge, but the Jacobean house was extended by his descendants to create an elegant country house.

A tradition persists that the original idea was to create an octagonal house, but as it happened only 3 sides were finished, and there is no firm evidence to suggest that another 5 sides were ever planned.

In 1757 the 3rd Duke brought in Sir William Chambers to add a neo-classical stable block. Then in 1787 he brought in James Wyatt to design the Kennels, which now serve as the clubhouse for the Goodwood golf club. The 3rd Duke was also responsible for Goodwood Racecourse, which is home to an annual race meeting dubbed 'Glorious Goodwood', one of the highlights of the horse-racing calendar.

Goodwood is one of the finest stately homes in England, blsed with a superb art collection including works by Van Dyck and Reynolds in addition to the Canaletto and Stubbs works mentioned earlier. In addition to the paintings there are displays of Sevres ceramics, 18th century furniture from France and England, and Gobelin tapestries. A large portion of the art collection once graced the walls of Richmond House in London before that house was destroyed by a fire in 1791. The original Jacobean house, dubbed 'the old house' is still intact at the rear of the main house block.

This annual festival takes place in late June or early July and is based around a hill climb by historic racing vehicles. Antique and vintage vehicles take part, including motorcycles. The Festival was launched in 1993 and draws 100,000 visitors over 3 days, with all admission by pre-booked ticket. The real attraction of the Festival of Speed is that visitors can walk around the racing paddock and see vehicles and drivers close up.

As an added note, be aware of when the Festival of Speed is on, even you do not intend to visit, as the roads surrounding Goodwood can became exceptionally busy and clogged with traffic for miles in all directions (I speak from experience!).

Goodwood House is open to the public for tours 60 days each year and is a member of the Historic Houses association. 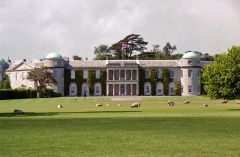 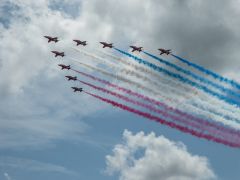 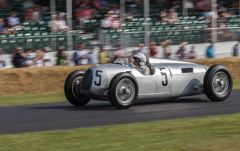 More self catering near Goodwood House >>