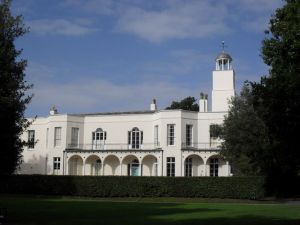 Hotham House, Bognor Regis
If you want sunshine, head for Bognor Regis. While no one can guarantee that the weather will be fine, Bognor Regis is the place with the most sunshine in England. Bognor owes its history as a popular spa town to Sir Richard Hotham, who tried at Bognor to emulate the success of Brighton as a watering place for high society.

While Hotham's scheme never truly succeeded, he created some of the town's more imposing buildings, including The Dome, and Hotham Park House and Gardens, now a venue for concerts.

Bognor Regis Museum tells the story of the town's history, and the tale of the fascinating characters who made Bognor their home.

Among these was Mary Wheatland, a Victorian woman known for renting out bathing machines on the seafront, and author Lewis Carrol, of Alice in Wonderland fame, who lived at Number 6, The Steyne.

The 'Regis' in Bognor's name was added following a lengthy visit by George V in 1929.

The Bognor Wireless Museum tells the story of historic radio and wireless communication in the days before computers. If that sounds a bit too dull for you, then plan to visit Bognor Regis in August for the annual Birdman Rally.

In this ... er ... unusual event, competitors dressed in a peculiar array of flying gear throw themselves off the end of Bognor pier in an attempt to see who can manage the longest unpowered flight. The results are guaranteed to be hilarious.

More self catering near Bognor Regis >>