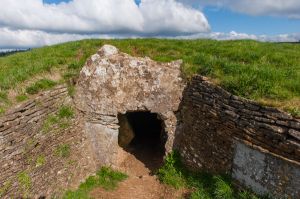 Stoney Littleton Long Barrow
A Neolithic long barrow with multiple burial chambers. Stoney Littleton is one of the most easily accessible long barrows in Britain. The barrow is oriented north-west to south-east and is about 30 metres long. It is 12 metres wide at its widest, and two metres high.

There is a forecourt area at the south-east end. From there an entrance leads to an inner corridor with three side chambers and an end chamber. English Heritage recommends that you bring a torch so that you can properly see the interior burial chambers. Bones found within the chamber are on display in the City Museum of Bristol.

It isn't clear from the English Heritage information where to start your walk to the site. We opted to park in a layby on Hassage Hill, the lane leading south from Wellow to Baggeridge Farm and Faulkland village. From there you can follow a bridleway towards Stoney Littleton, leading along the hillside, keeping the Wellow Brook on your right, with Wellow looking like an idyllic English village across the valley. 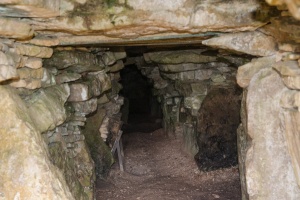 Corbelled roof inside the barrow

The way can be muddy, and on more than one occasion I was grateful for waterproof footwear. It takes about 10 minutes to reach the barrow which is clearly visible to the right of the bridleway. There are no signs from this side, so an OS map is helpful!

It was only when I arrived at the barrow that I saw the signposted trail from the west, leading from the lane near Stony Littleton farm. It would appear that the preferred route starts from grid reference ST731567 near the farm. Certainly, the trail from that side is shorter, though steeper. It should only take five minutes to reach the barrow from the west.

Now having sorted out the route, what about the barrow? It's actually quite good, though obviously restored, and made safe for visitors.

You can waddle like a duck into the interior of the barrow, and I found I didn't actually need a torch, as the light from outside was sufficient to let me see the drystone construction of the passages and side chambers. What really makes the barrow memorable is location, with wonderful views across the steep-sided valley to Wellow, where the tower of the medieval church is like a distant beacon. 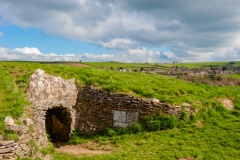 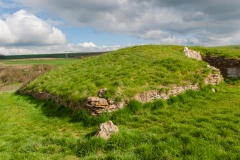 View from the south-west 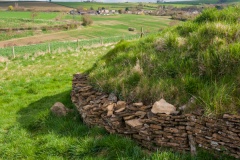 The side wall of the barrow 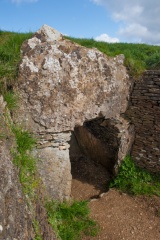 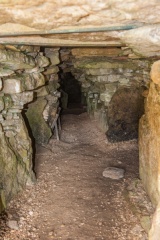 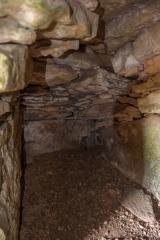 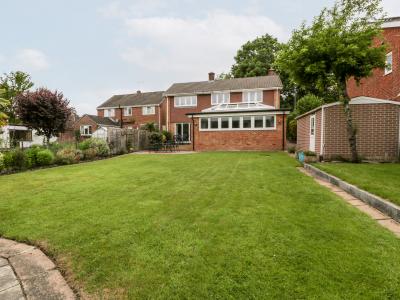 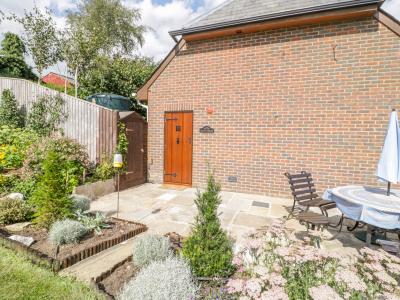 This superb detached cottage rests in Hampshire and can sleep two people in one bedroom.
Sleeps 2