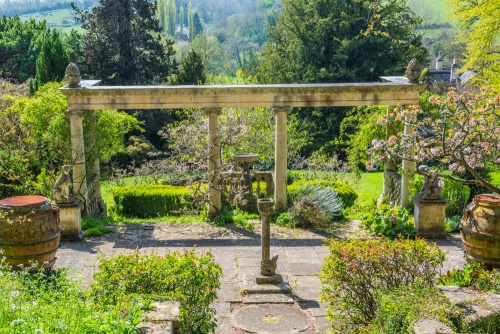 The Peto Gardens at Iford Manor

Peto Gardens are an award-winning Grade I early 20th-century hillside garden set beside the historic house of Ilford Manor, looking down on the River Frome. Statuary, Italianate colonnades, formal terraces and a cloister set the tone for this beautiful terraced garden, with its stunning views out over the Wiltshire countryside.

Harold Peto was the son of Sir Samuel Peto of Somerleyton Hall in Suffolk. The elder Peto ran a very successful construction company, handling such important building projects as Nelson's Column, the Palace of Westminster, the Reform Club, and the Lyceum Theatre in London. Sir Samuel could thus afford to give his son the best possible education.

Harold was sent to Harrow and from there he trained as an architect before launching a partnership with Ernest George. Two of his assistants, Edwin Lutyens and Herbert Baker, would become famous architects in their own rights. Peto was known as an advocate of the emerging Arts and Crafts style. 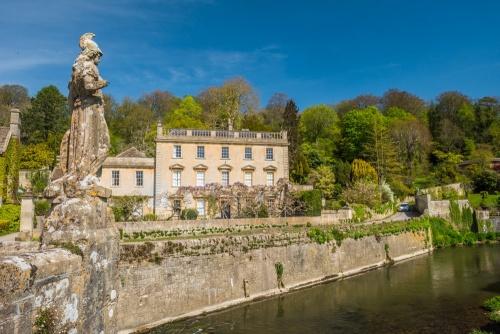 Iford Manor and the River Frome

By 1892 Harold Peto had grown tired of life in London. He and Ernest George dissolved their partnership on condition that Peto did not practice architecture in the UK for the next 15 years.

Peto turned instead to garden and interior design. He had a passionate interest in the Italian Renaissance and visited Italy numerous times. He incorporated Italianate style into his garden commissions for places like Buscot Park in Oxfordshire and West Dean Gardens in West Sussex. One of his talents was in carefully placing objects such as pieces of sculpture in a garden setting. He used this talent to wonderful effect at Iford Manor.

Peto lived at Iford Manor, on the outskirts of Bradford-on-Avon, from 1899 until his death in 1933. Throughout that 34 year period, Peto developed an extraordinary garden to express his love of Italy and all things Italian, yet making it all blend in skilfully with the very English countryside surroundings. 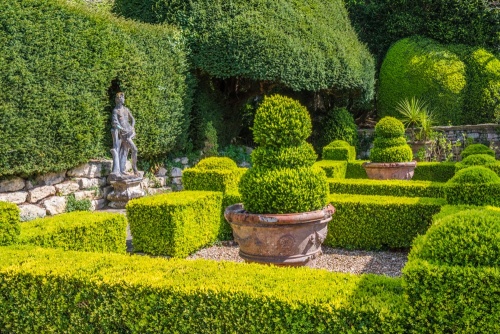 Topiary on the Great Terrace

Peto travelled extensively in Italy and throughout Europe, and brought back a large collection of statuary and other art objects which he used to decorate his gardens. Many of these architectural carvings date to the Roman or medieval periods, and many were salvaged from Italian churches. In creating his garden Peto drew on the writing of William Robinson and the influential garden designs of Gertrude Jekyll, but created something entirely unique and very much his own.

If you come to Iford Manor expecting a traditional English garden, you won't quite know what to make of what you see. For here the plants are almost secondary to the structural design, with statues, pools, walks, and cypress trees creating a Mediterranean feel, and the flowers merely used to accentuate the Italianate structures.

Eye-catching classical statues are strategically placed for maximum effect. Look for a statue of Papageno (from Mozart's opera, The Magic Flute) half hidden amongst the trees. Even better is a copy of the famous Dying Gaul statue over the entrance to the kitchen garden.

Some of the structures Peto created are a loggia, a Great Terrace flanked by colonnades, and a lily pool. On the Great Terrace is a statue of Romulus and Remus, the mythical founders of Rome, being suckled by a wolf. The statue was made for Iford from a mould taken from the Capitol Museum in Rome.

A short stroll along the Great Terrace brings you to a Greek sarcophagus dating to the 2nd century AD. At the western end of the Great Terrace is a curved seat beside a Byzantine wellhead made for the Church of St Andrew of the Goths at Ravenna, built in AD 534.

One of the most striking parts of the garden is the Cloisters, a courtyard bounded by an arcade. Peto dubbed this area his 'Haunt of Ancient Peace' and used it to display some of his most prized art objects. The iron gates to the Cloisters are from Verona and date to 1350, while the doorway dates to 1450. in the centre of the Cloister courtyard is a 14th-century wellhead from the convent in Aquilegia. 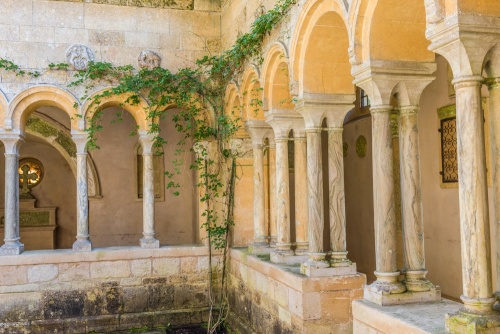 There are several terraces built into the hillside above the main garden, and you will find a pavilion called the Casita, or little house. The columns here date to around 1200 and are made of pink marble from Verona.

The newest garden feature is a small Japanese Garden, with small temple sculptures arranged around a quiet pool. At the top of the garden is the Great Terrace, linking the Casita to the neo-classical Garden House.

Beyond the formal gardens is a lovely woodland, lush with wild garlic and bluebells in spring. At the very top of the site is the King Edward VII Column, dedicated to 'Edward the Peacemaker' and erected to commemorate Edward VII's efforts to avert World War One.

Because of the sloping site, terraces form an essential part of the gardens, a fact which Peto used to his advantage to create wonderful vistas and viewpoints. Many of the original plants remain, including scented day lily and Martagon lilies.

The gardens are home to an annual arts festival, which uses the Cloisters and Casita for performances of jazz, opera and other musical events. The Peto Garden at Iford Manor received the prestigious Christies Garden of the Year award in 1998. 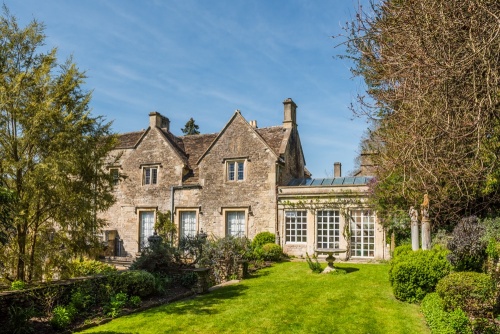 The Iford estate originally formed part of the neighbouring Westwood Manor estate, which was owned by St Swithun's Priory in Winchester. In 1374 St Swithun's granted Iford to the Carthusians of Hinton Charterhouse in Somerset. When Hinton Priory was suppressed by Henry VIII the estate was purchased by Thomas Horton, whose family had previously rented the estate from the Priory. The Horton family sold Iford in 1625 to Sir Edward Hungerford.

It passed through several more hands until Wiliam Chandler of Bradford bought the estate in 1700. Around 1730 the Chandler family built the classical facade on the south-west front of the manor house. Later that same century hanging woodlands were planted on the hillside above the house. The manor house was sold several more times before it was acquired by Sir Harold Peto in 1899. His descendants sold the house in 1965 to the Cartwright family, who still own it today.

Iford Manor Garden is an absolute delight. We visited on a beautiful sunny day on the Easter Bank Holiday weekend, which was perhaps a bit too early to get the full colour of the wisteria, but as compensation, the woodland was incredibly lush with wild garlic in bloom, and wandering through the garlic was a delight for the senses.

My favourite garden feature was the Cloisters, arranged like a medieval monastic cloister walk, with pieces of classical Roman and medieval sculpture arranged around the interior walls. The Cloister was a quiet place of sunlight and deep shadows, creating a sense of mystery and timeless beauty. And that sums up the gardens as a whole. The location in a secluded dell is idyllic, the views extraordinary, and the gardens are among the most enjoyable in England. 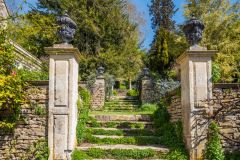 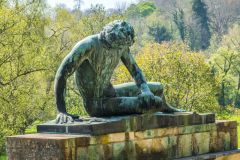 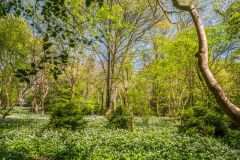 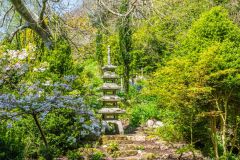 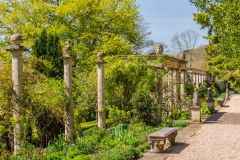 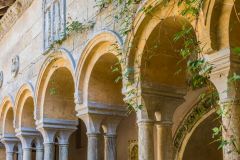 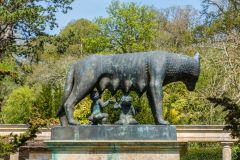 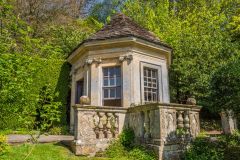 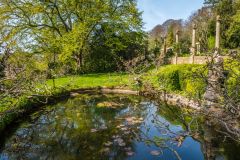 More self catering near Peto Garden at Iford Manor >>

More bed and breakfasts near Peto Garden at Iford Manor >>