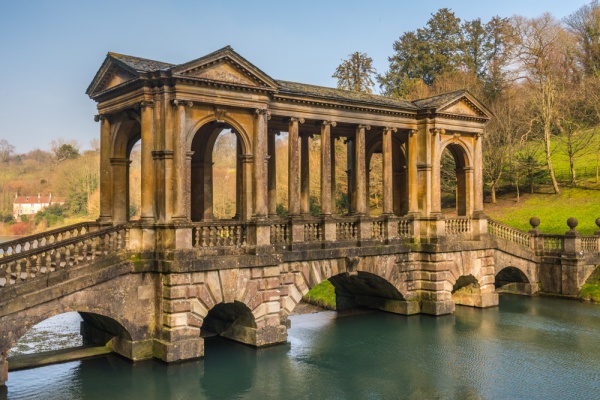 The Palladian Bridge at Prior Park

Alexander Pope and 'Capability' Brown were instrumental in designing this 18th-century landscape garden close to Bath city centre. A series of lakes follow a deep, green valley; of special note is a Palladian bridge on the valley bottom.

The first park here was laid out by John of Tours, Bishop of Bath and Wells in 1100. It formed part of the Bishop's deer park. The current park was laid out from 1734 for Ralph Allen, a wealthy businessman, postal reformer, and future mayor of Bath. Allen came from a poor background, but at the tender age of 19, he was named postmaster of Bath. At the time a letter might take a week to be delivered - if it was delivered at all. 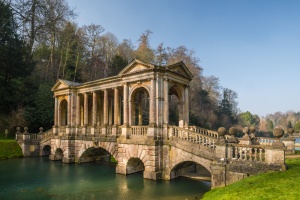 Another view of the Palladian bridge

Allen revolutionised the postal system, and his work is remembered in the Bath Postal Museum in the city centre. So successful were the changes he made in Bath that Allen was named the director of the entire postal system outside London. His postal ventures made him a rich man.

Allen invested his wealth in a new venture, quarrying 'Bath stone' from mines at Combe Down and Bathampton Down. Stone from the Allen quarries was used to create most of the iconic buildings of Georgian Bath, and Allen made a second fortune.&

In 1742 he called upon architect John Wood the Elder to design a new mansion in the parkland. The mansion is now home to Prior Park College, but the parkland is maintained by the National Trust.

Allen wanted a building that would showcase the capabilities of Bath stone, and his commission to Wood was very clear; he wanted a building 'To see all Bath, and for all Bath to see'. Between them, Allen and Wood popularised the Palladian style buildings that made Bath the most fashionable town in Georgian England.

Wood would go on to design some of Bath's most iconic buildings, including the Circus, but unfortunately, he and Allen fell out before the mansion at Prior Park could be finished.

Allen called upon his own clerk of the works, Richard Jones, to finish the house and garden. Jones was responsible for the Palladian bridge that remains one of the Park's most iconic sights. The bridge is a copy of one by Andrea Palladio at Bassano. Though it can be crossed, it's only real purpose is to act as a focal point for the view from the mansion towards the city at the bottom of the valley. 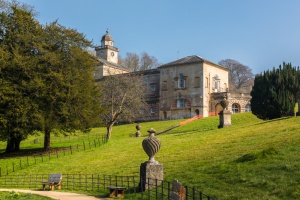 The landscaped park was one of the most influential gardens in the burgeoning English landscape garden style. The 28-acre site is laid out in a steep-sided valley, running down towards the centre of Bath.

The design includes many of the 'picturesque' features that would later become commonplace in English country house gardens, including the Palladian bridge, Gothic temple, a grotto, and a trio of lakes linked to a serpentine lake.

The main garden features were laid out by poet Alexander Pope, who advised several other aristocrats of the time on garden design (see Cirencester Park Gardens in Gloucestershire for another landscape designed with input by Pope). One of the major parts of the work was planting trees; from 1737 over 55,000 elm and Scots pine were planted on the top and sides of the valley. The valley floor was left clear to create space for a series of fish ponds.

In the 1750s Capability Brown was called in to augment Pope's vision. Brown, the foremost exponent of landscape gardening in Britain, extended the garden to the north and removed a cascade. The result is a fascinating blend of early and late 18th-century landscape gardens in an unforgettable setting.

Near the park entrance is this twisting canal of linked waterways, ending in a picturesque Gothic 'bridge'; a series of arches set on rusticated posts. The 'bridge' can't be crossed and was built purely as a Gothic focal point to the waterway. From the bridge, a trail leads to a viewpoint at the top of the gardens, with the Palladian Bridge at the bottom of the valley and the city of Bath spread out in the distance.

Above the viewpoint is the mansion designed by Wood for Ralph Allen. There is no access to the mansion now, but it is easy to see the main house block and the wings that stretch out on either side. From the Sham Bridge, a trail leads down to the Cascade, a waterfall tumbling down the hillside.

At the top of the garden, set into the sloping hillside above the Serpentine Lake, is Mrs Allen's Grotto. Grottos were a common structure in picturesque landscape gardens, and this one was inspired by Alexander Pope, who encouraged Elizabeth Allen, Ralph's wife, to create the structure, with its floors laid in circular patterns of stones, fossils, bones, and shells.

Under the intricate floor is buried the Great Dane named Miss Bounce, given by Pope to the Allens. The grotto has been damaged over the centuries, and as of this writing, a tree has grown up through the floor, causing structural damage. The National Trust is planning to carefully remove the tree and restore the grotto to its original state. 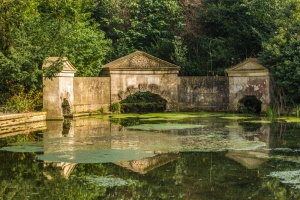 On the far side of the valley from the main entrance, set in a wooded area, is a 19th-century summerhouse, under a roof of Cotswold stone tiles. The summerhouse was restored with the aid of a very early photograph. Below the summerhouse is the Rotten Trail, a woodland educational project showing how organic materials help the woodland flourish.

The main obstacle to enjoying Prior Park is simply getting there. There is no parking area, so the best way to reach the garden is by bus from Bath city centre - or on foot if you fancy some exercise.

We chose to walk from the city centre. The route is well signposted, but be prepared, for the last part of the walk is a steep uphill climb. From the city centre it is approximately 1 mile to the park visitor entrance on Prior Park Road, but due to the steep hill, you need to allow at least 25-30 minutes to reach the park. Thankfully you can exit the gardens at the bottom of the park, rather than climb all the way back up to the entrance!

Above the garden, a trail leads to another National Trust property; the Bath Skyline Walk, a 6-mile circular route around the city. The Skyline Walk takes in an Iron Age hill fort, Roman settlement, more 18th-century follies, and offers outstanding panoramic views across Bath. 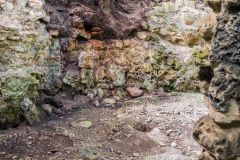 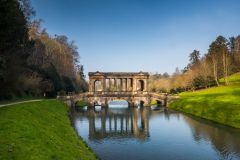 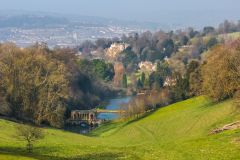 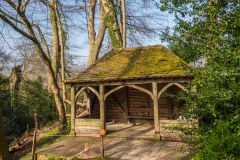 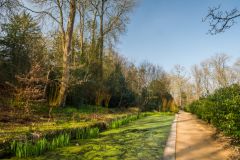 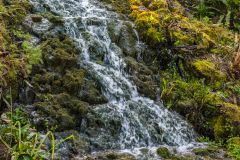 More self catering near Prior Park Landscape Garden >>

More bed and breakfasts near Prior Park Landscape Garden >> 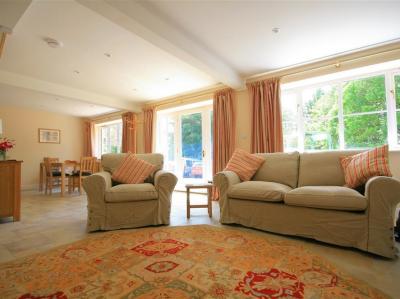 The Cottage at Barrow Mead

This detached cottage is in Bath, Somerset and can sleep four people in two bedrooms.
Sleeps 4 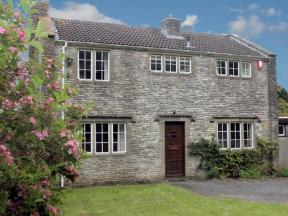