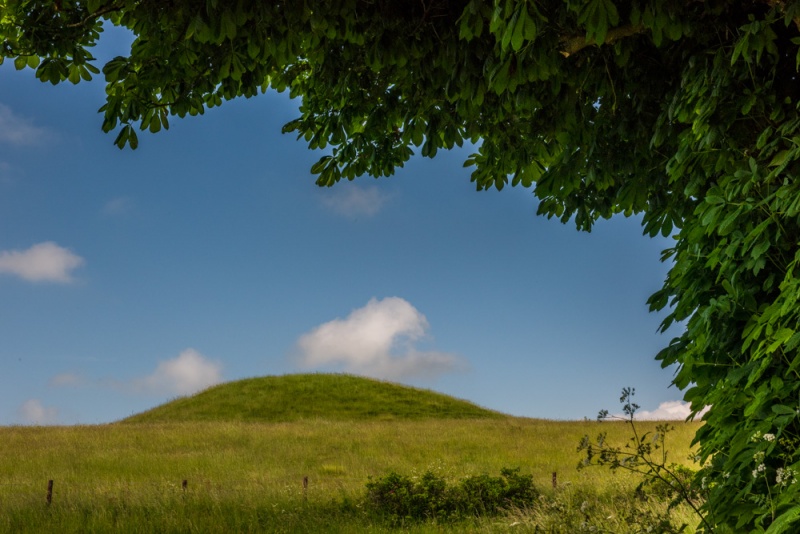 Winterbourne Poor Lot Barrows is a large cluster of 44 Bronze Age burial mounds is spread out on either side of the A35 a mile west of Winterbourne Abbas. The site is so large that the grouping of barrows has been described as a Bronze Age cemetery. What is fascinating about the site is that so many different types of barrows are clustered so close together. Here you will find disc barrows, bell barrows, bowl barrows, pond barrows, and the remains of what may be a hut circle.

Most the remains are on a terrace close to the valley bottom, which in itself is fairly unusual. The mounds are primarily built of flint, chalk, and earth. Each barrow is surrounded by a ditch. The largest barrow is 35 metres diameter and up to 2.5 metres in height. Many of the barrows have suffered damage from ploughing and are difficult to identify.

This is a fascinating ancient site to explore, but it is also extremely frustrating. If you know where to look you can see the barrows on the north side of the A35, but there is no signpost and no parking area. Worse than that, there is no obvious way to reach the largest cluster of barrows.

I followed the instructions on the English Heritage website and turned north off the A35 onto the minor road leading to Valence, one mile west of Winterbourne Abbas. There is a small layby on the west side of the lane about 50 yards from the junction, with space for 2-3 vehicles. Again, no signs or information about the barrows.

From the layby, I walked back to the junction. I could clearly see several large barrows outlined against the crest of the low hill opposite. The A35 can be extremely busy here so it took me a couple of minutes to safely cross.

Then I had to walk back east along the roadside, in the direction of Winterbourne Abbas, bushwacking my way through a tangle of nettles, brambles, and high grass, while traffic whizzed by a few feet away. It was not relaxing! There certainly was no trail, and it wouldn't surprise me to learn I was the first person in months to try to access the barrows.

I reached the driveway to Wellbottom Lodge after five nerve-racking minutes and looked for signs to the barrows. All I saw was a gate, with a sign warning of dogs at large. Several dogs saw me and raised a riotous welcome. I decided I hadn't come all that way to back out now, though it certainly felt like I was trespassing.

I went through the gate and saw another gate, this time with a very small English Heritage sign and arrow towards the barrows. Through the gate, leaving the furiously barking dogs behind, I found myself in an overgrown field, with no obvious track to follow. I walked west through the field and found myself at the eastern edge of the barrow cemetery, where sheep grazed amid the burial mounds.

Again there were no information panels to explain the site and its layout. It was, however, very easy to see the major barrows. In fact, the more I looked the more burial mounds of different shapes and sizes I saw. That's the real appeal of the Poor Lot site; the scale and sheer variety of the burial mounds. If only access was easier this would be a delightful site to explore. 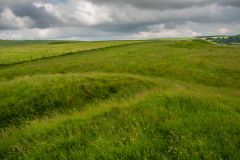 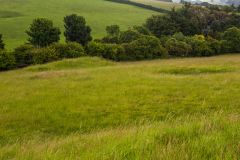 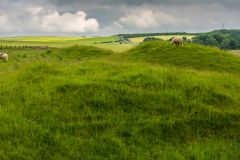 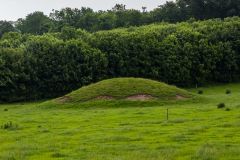 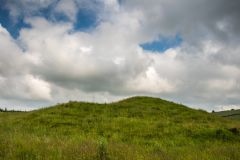