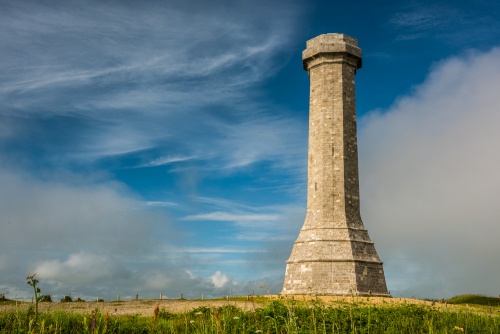 On a hilltop overlooking the Dorset village of Portesham stands a striking monument erected to the memory of Vice-Admiral Thomas Masterman Hardy, who was the Flag-Captain of the HMS Victory at the Battle of Trafalgar in 1805. History buffs will know Hardy as the recipient of Admiral Nelson's reported dying words, "Kiss me, Hardy".

The monument stands on the top of Black Down, with views across lovely Dorset countryside and out to sea. It was built in 1844 by Henry Goddard of Bridport to a design by Arthur Acland-Troyte, and restored in 1908. The monument is an octagonal tower of ashlar stone, reaching 70 feet high, with a spiral stair ascending inside the column to a parapet at the top.

Over the door is a plaque inscribed with these words,

Visitors can ascend to the top of the monument, but the number of visitors allowed up at any one time is limited, and children must be accompanied by an adult.

The Hardy Monument is well signposted from Portesham and from Martinstown. The parking area has an early closing time (4:30pm when we visited), but if you come later than that you can still find places to pull off onto the verge and see the monument from the outside and enjoy the wonderful views.

When I visited I was greeted by a National Trust volunteer relaxing in an armchair on the sunny side of the monument. He told me some of the fascinating history of the site. When the site was selected the most obvious source for building stone was the quarry at the bottom of the hill.

Yet that quarry had been closed for years because it was no longer economically viable. The sponsors reopened the quarry, extracted enough stone to build the monument, and promptly closed the quarry again. It has never been reopened since.

There are 122 steps inside the monument and a small viewing platform on top. The views are wonderful on a clear day, though to be honest, the views are pretty fabulous from the base of the monument too! 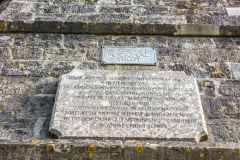 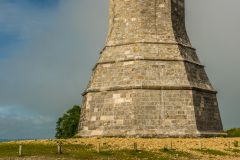 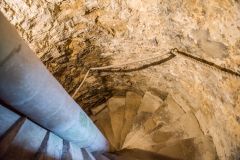 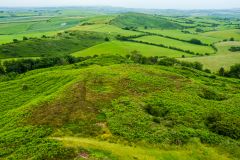 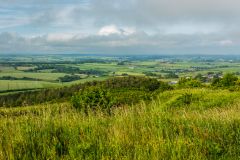 More self catering near Hardy Monument >> 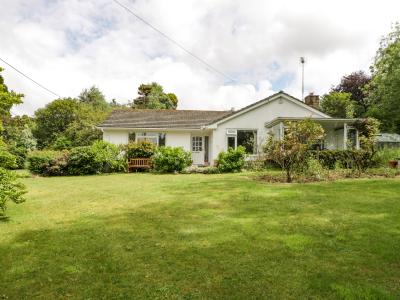 This detached cottage rests in Portesham, Dorset and can sleep eight people in four bedrooms.
Sleeps 8