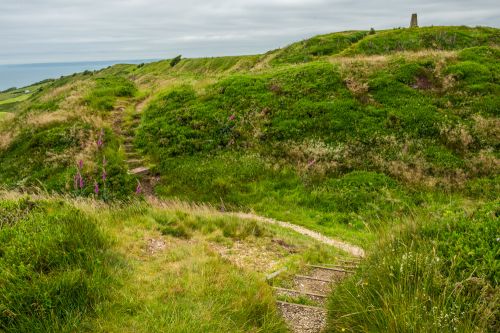 The eastern earthworks of Abbotsbury Castle

This much-eroded Iron Age hill fort stands near the coast, a few miles to the northwest of the village of Abbotsbury, from which it takes its name. The fort is enclosed by a double rampart of earthen banks which encircle an area of about 4 acres.

Within the enclosure, you can still make out the foundation outlines of huts. One of the most appealing features of the site is the wonderful view, with panoramic vistas over Lyme Bay. 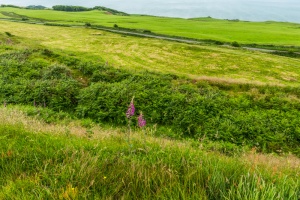 Looking southeast from the castle earthworks

On the path to the hillfort, you will pass a memorial post that marks the spot where a beacon stood in the Tudor period. This beacon was part of a network along the south coast and was last lit over 400 years ago to warn of the approach of the Spanish Armada.

Finding Abbotsbury Castle is half the fun. The castle is not signposted but is actually quite easy to find once you know the way. There are two ways to reach the castle. The easiest is to take the lane to Wear Hill, off the B3157 just west of the village. After 100 yards there is a small layby on the left, with room for 2-3 cars.

The layby is directly on the South Dorset Ridgeway path. If you follow the path west from the layby you will almost immediately come to the eastern earthworks of Abbotsbury Castle. Again, the castle is not signposted and there are no information panels to explain the layout of the fort, but it is very easy to make out the contours of the earthwork banks and ditches.

A longer but arguably more enjoyable way to visit the castle is to park at one of the sizeable laybys on either side of the B3157 coastal road at the top of the hill coming west out of Abbotsbury. Almost opposite the seaward (south) layby a signposted bridleway leads up Wear Hill. You actually start out walking away from the castle, but the trail loops around the top of the hill to join the South Dorset Ridgeway.

Once you have joined the footpath head west, past the obvious beacon and the remains of a WWII gun emplacement. The trail follows the top of the ridge, with excellent views south to the coast. After only 10 minutes the trail reaches the parking area mentioned above, and the eastern earthworks of the castle. 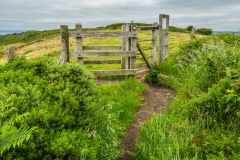 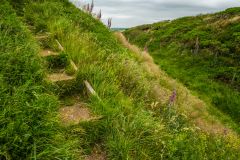 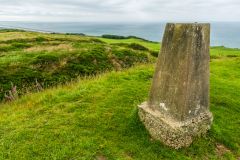 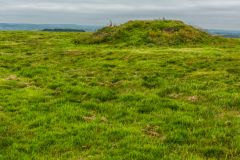 About Abbotsbury Castle
Address: Abbotsbury, Dorset, England
Attraction Type: Prehistoric Site
Location: From the B3157 just west of Abbotsbury a narrow road leads up Wear Hill (signposted ). A small layby on the left allows parking for several cars. A path leads from the downhill side of the layby. The way can be slippery. The nearest postcode is DT3 4JY.
Location map
OS: SY555 866
Photo Credit: David Ross and Britain Express

More self catering near Abbotsbury Castle