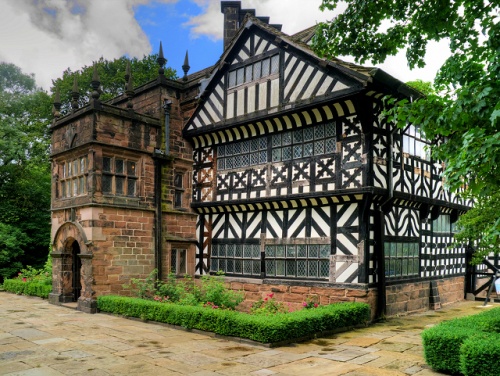 The area of Greater Manchester takes in the city itself, but also the surrounding towns of Bolton, Bury, Wigan, Rochdale, Salford, Stockport, Altrincham, and Oldham. A few short years ago it would have been laughable to suggest that the Manchester area could provide an enjoyable tourism experience, but a cultural renaissance has taken place that has transformed this industrial region into a vibrant centre of culture and the arts.

In the centre of Manchester, a variety of public buildings and art centres attest to this revival. The Pumphouse People's History Museum recalls the social history of the area, while the City Art Gallery houses a wonderful collection of fine art.

Within the Castlefield Urban Heritage Park was the site of the very first passenger train station in the world, and the remains of an early Roman fort can be seen. Tour Granada Studios, home to the enduring TV soap opera Coronation Street, or visit the excellent Museum of Science and Industry.

Venturing further afield, the Gallery of English Costume in Rusholme traces the history of dress in England over the last 400 years through ever-changing exhibits, and Bramall Hall is a 14th-century timber-framed manor set in over 70 acres of landscaped parkland. More opulent is Dunham Massey Hall, a classical Georgian country house with later Edwardian additions.

The Lancashire Mining Museum in Salford provides a fascinating glimpse of life in the pits, with two authentic reproduction mines and displays tracing the history of coal mining. The museum is housed in a listed building designed by Sir Charles Barry, the architect of the Houses of Parliament.

In Bolton, the intriguingly named Hall I' th' Wood is a lovely half-timbered Tudor manor. In 1779 Samuel Compton perfected his spinning mule at the Hall and two panelled rooms are devoted to Compton and his discovery. A more ornate family home is Heaton Hall in North Manchester, a classical 18th-century mansion set in over 600 acres of parkland.

photo of Hall i' th' Wood is © David Dixon, republished with gratitude under a Creative Commons license

Museum of the Manchester Regiment
Museum

Accommodation
Self Catering in Greater Manchester


More self catering in Greater Manchester