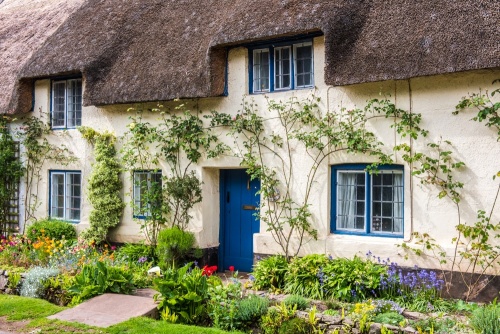 The pretty village of Dunster sits on the north eastern fringes of Exmoor National Park, near Minehead. The village is dominated by Dunster Castle, a Norman fortress later transformed into a Victorian country house by the Luttrell family, who have held the manor of Dunster for over 600 years.

The village sits about 2 miles from the sea, but in the 12th century the water came right to the edge of the village, and Dunster was an active port, trading in grain, beans, wool and wine.

Then the sea retreated, and the busy port was no more. But Dunster made the most of the burgeoning medieval wool trade and became a centre of the new weaving industry. Mills sprang up to create woven cloth, evolving a new type of weave that is still known as Dunster cloth. 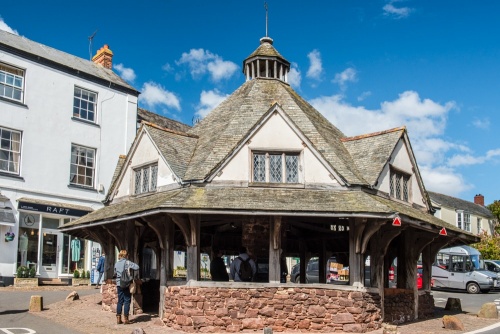 The main reminder of these heady days is the glorious octagonal Yarn Market on the cobbled High Street. This timber-framed building acted as a trading centre for the prosperous wool merchants, and though it was rebuilt in the Jacobean period it is actually much older. Look for the hole made by a Civil War cannonball.

The Yarn Market is surrounded by picturesque 17th-century cottages, and the view of the market and cottages is a favourite of travel photographers. One of the prettiest buildings on the High Street is the Luttrell Arms, dating to around 1500, and known for its hammerbeam roof. 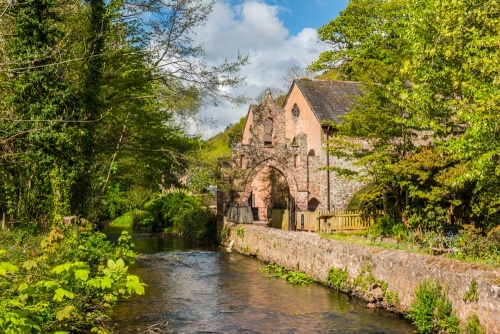 I mentioned the mills that made Dunster wealthy in the medieval period. While none of the weaving mills has survived, something much older has managed to stand the test of time; a working corn mill on the River Avill. There was a mill mentioned in the Domesday Book, but the current mill is primarily 18th century, restored in the 1970s to full working order. 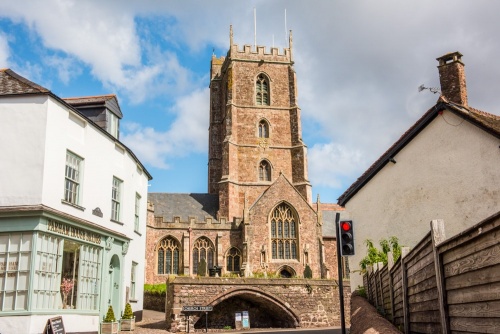 The 12-century church of St George is a delight, with a wagon-vaulted roof and ornate tombs of the Luttrells of Dunster Castle. Separating the chancel from the nave is a beautifully carved rood screen, a reminder that the nave was used by the local residents, but the chancel was reserved for monks from Dunster Priory.

The 12th-century priory is long gone, a victim of Henry VIII's Dissolution of the Monasteries, but there are obvious reminders of the priory all over the village, especially on Church Street, where you can find a 14th-century priest's house and a wonderful medieval dovecote. 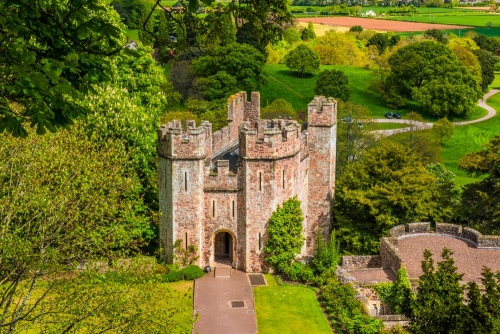 Dominating the village as it has done since the late 11th century is Dunster Castle. The castle was built by a Norman lord, William de Mohun, who took advantage of a natural hill to create a timber fortress. William's son transformed the timber fortress into a stone castle, built mainly of red sandstone.

In 1376 the castle was sold to the Luttrell family, who have held it ever since, though it is now operated by the National Trust. You can see the 13th-century gatehouse and remains of the castle walls, but the bulk of the castle was destroyed in the Civil War, leaving behind a glorious Jacobean mansion, which itself was later transformed into a comfortable Victorian country house. 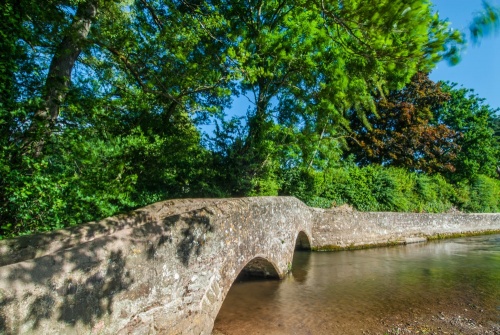 On the outskirts of Dunster stands a ruined medieval market cross, and if you wander past pretty thatched cottages to the river you'll find Gallox Bridge, a medieval packhorse bridge that has been in use for over 500 years.

The bridge was probably built in the 15th century and was used by shepherds bringing wool fleeces from the high moors of Exmoor to the busy wool market in Dunster. The name 'Gallox' comes from 'gallows', a reference to a place of public execution on a hill outside the village, where the lords of Dunster Castle would hang thieves.

Our family have visited Dunster 3 times, and we love it. It can be a bit overwhelmed with tourists at the height of summer, but at other times it is a wonderfully picturesque village, with so much history packed into such a small place. Dunster is a delight to be savoured.

Dunster is located off the A39, three miles east of Minehead. 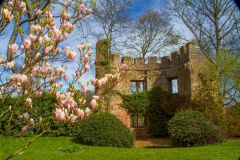 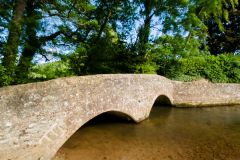 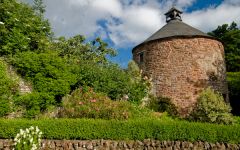 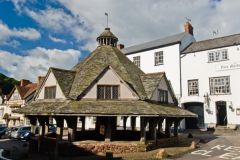 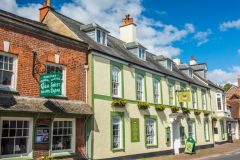 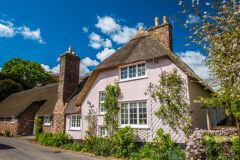 More self catering near Dunster

More bed and breakfasts near Dunster 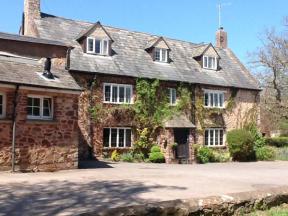 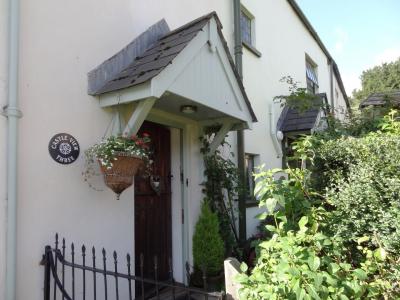 This elegant first and second floor apartment is situated in the pretty Somerset village of Dunster and can sleep five people in three bedrooms.
Sleeps 5