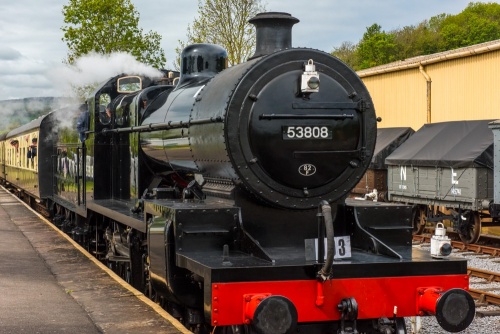 A steam locomotive at the Somerset and Dorset Railway Museum, Washford

The Slow and Doubtful Railway

The railway linked Bournemouth with Bath, with a branch line running from Evercreech to Burnham-on-Sea, Wells, Highbridge, and Bridgwater. Though the line did carry freight over the Mendips, its main purpose was to take summer tourists from the north of England to the seaside at Bournemouth.

These Saturday 'holiday trains' were incredibly popular, even though the railway gained the rather dubious nicknames of 'The Slow and Doubtful', or worse, 'The Slow and Dirty'. 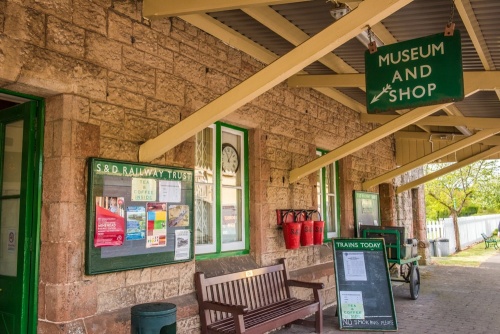 The SDR began as two separate railways, the Dorset Central and the Somerset Central. The two lines met at Cole, near Bruton. The lines were amalgamated in 1862 to create the Somerset & Dorset Railway Company.

The SDRC eventually formed part of a railway network linking the Midlands and North of England with the south coast. Holidaymakers from the industrial areas of the north, like Leeds, Bradford, Manchester, Liverpool, and Nottingham, took day trips to the seaside at Bournemouth. In 1910 this service was expanded to a daily service run year round. In 1927 the route was given the popular name Pines Express. for the number of pine trees in Bournemouth. The Somerset & Dorset was famous for the Pines Express, with traffic reaching its height in the 1950s.

As road transportation gained popularity and cars became more readily available in the 1950s and 1960s the popularity of the Pines Express waned. All long-distance routes were closed in 1962, leaving only local trains. At the same time, freight traffic was gradually withdrawn, and the line closed completely in 1966.

Throughout its lifetime the Somerset & Dorset used only steam locomotives. In fact, the very last run of the Pines Express was pulled by the Evening Star (No. 92220) the final steam locomotive built for British Railways. 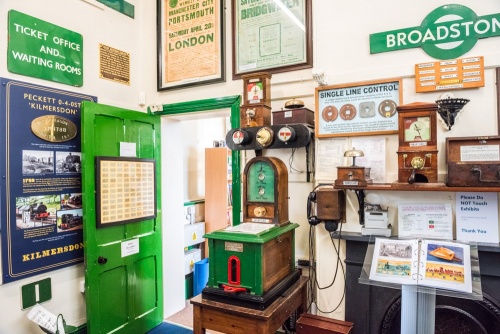 The museum includes the original 1874 station building and the Great Western Railway's wooden signal box. The interior of the signal box now houses a recreated interior of a similar box at Midford.

Among the numerous S&D exhibits are handbills, tickets, signalling equipment, tools, lamps, and station nameplates. Rolling stock includes the 0-4-0ST No. 1788 "Kilmersdon" made by Peckett and Sons of Bristol. The largest and heaviest exhibit is the SDJR 7F 2-8-0, No. 88 steam locomotive. Built in 1925, the locomotive was restored from scrap condition, a task that took 18 years to complete.

There is also a diesel-mechanical locomotive made in 1942 for Cadbury's and later sent to the Bath Gas Works. See carriages including an 1886 first-class carriage that was used as a cricket pavilion after it was taken out of service! Freight cars include ventilated vans, fruit vans, a Shell tank wagon, a military van made in 1886, and a variety of open and closed flat wagons.

There is a small charge for museum entry, but no charge to watch the steam trains arrive and depart. We got lucky and visited the museum at the same time as a steam locomotive was about to arrive in the station, as you can see by the photos accompanying this article. What a treat!.

The Trust does much more than operate the museum; they organise events including steam days and group meetings of railway enthusiasts. The Trust also maintains a very large archive of railway material, historical photo gallery, models, oral history, documents and railway artefacts. They also hold an annual Model Railway Exhibition at Edington, near Bridgwater. 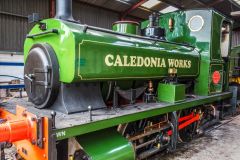 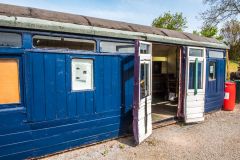 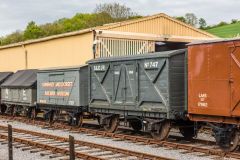 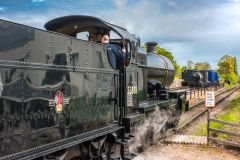 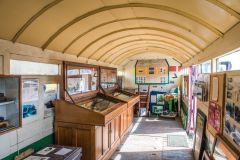 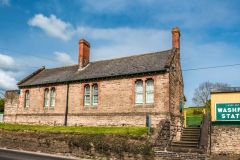 More self catering near Somerset and Dorset Railway Museum >>

More bed and breakfasts near Somerset and Dorset Railway Museum >> 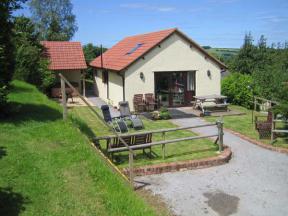 This modern barn conversion is set on the higher slopes at Shells, a collection of holiday cottages set in several acres of grounds in rural countryside near the Somerset village …
Sleeps 4 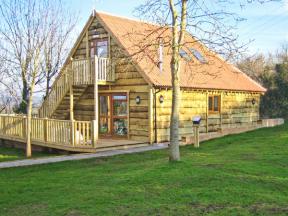