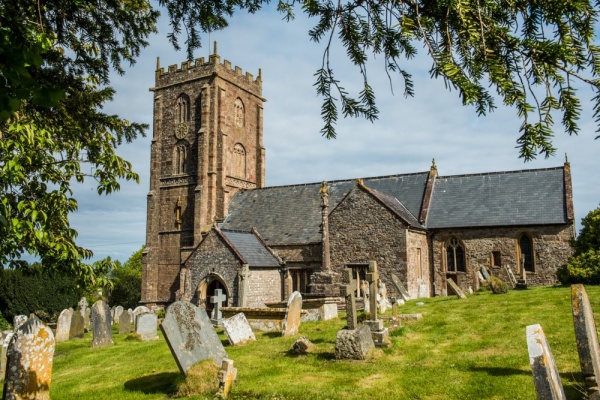 Old Cleeve is a picturesque village in beautiful countryside near Washford, Somerset. As the name suggests, there was a church here before the foundation of the Cistercian monastery of Cleeve Abbey a few miles to the south. We know that there was a church here at the time of the Norman Conquest and probably for some time prior to that.

The earliest part of the present church is a section of herringbone stonework near the base of the north wall. This style of masonry was common in the late Saxon and early Norman periods.

That Norman church was rebuilt around 1425, with a nave, chancel, and tower. A south aisle and porch were added in the late 15th century, at the same time as the striking wagon roofs of the nave and chancel with its finely carved wooden bosses.

Architectural historian Nikolaus Pevsner thought the roofs were original 15th-century work, though a later restorer considered them Victorian copies of the originals. The bosses are carved with intricate foliage designs and there are beautifully carved angels where the ribs meet the wall plate.

The south aisle was probably the work of the same person responsible for St Decuman's Church at nearby Watchet, built at the same time. The present tower was built in 1533 after a bequest by John Tucker. 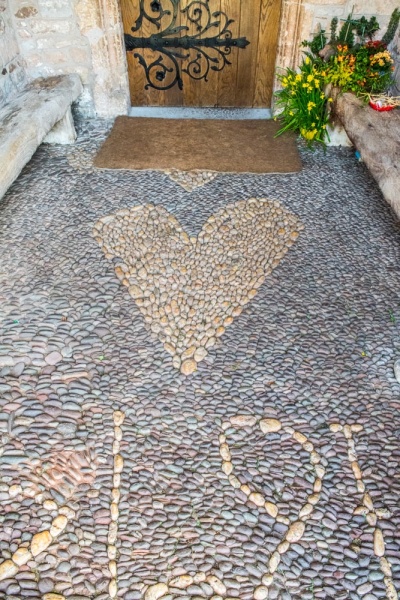 1634 pebble floor of the porch

The 15th-century porch has a very good wagon roof and excellent carved details. The most striking feature in the porch, however, is its pebbled floor. The pebbles are arranged to form the shape of a heart and the date 1634.

One of the most interesting historical features is the 15th-century font with a beautifully carved cover of the same period. This in itself is a rarity, for most font covers we see today date to the 17th century and later. The Old Cleeve font cover is the only original medieval cover in West Somerset.

Around the base of the font are medieval tiles, made by the monks of Cleeve Abbey, who were famous for their exceptional tiles. The tiles are almost identical to those decorating the Abbey's refectory floor. On a pillar near the font is a wooden Poor Box dated to 1614.

At the east end of the nave is a canopied tomb dated to 1420. An effigy of a young layman rests on top of the tomb table, his feet resting on a cat, while the cat's paw, in turn, rests on the figure of a rat. The effigy is thought to represent Sir John Golafre, who rose to become Knight of the King's Chamber under Richard II and married Phillipa Mohun, the heiress of Dunster Castle.

Near the pulpit is an arched doorway dating to the 12th century. The doorway was only discovered after damage to the wall caused during a theft from the church.

In the chancel is a magnificent chandelier made in 1770 by Thomas Bayley of Bridgwater. The chandelier has been through a difficult existence; during the 19th century it was kept in the schoolroom where its branches were used to break coal!

The colourful east window glass was designed by Sir Ninian Comper as a memorial to the Lysaght family. The window on the south side of the chancel has glass by the famous late-Victorian artist CE Kempe. Look for Kempe's trademark wheatsheaf symbol incorporated into the stained glass design. 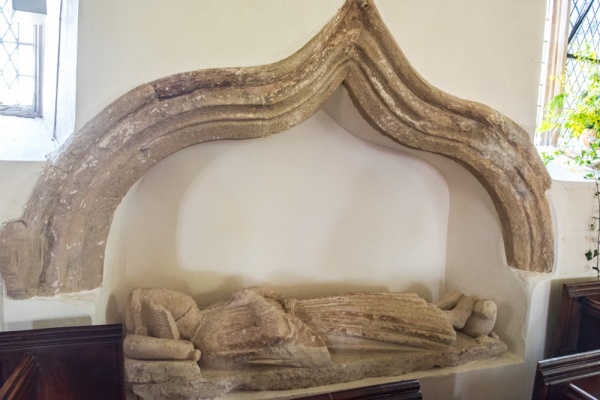 In the aisle is a beautiful brass lectern given in 1911 by Count Hochberg of nearby Croydon Hall. Nearby is an ancient parish chest made from a hollowed-out tree trunk. Like most medieval chests it has three locks, one for the vicar and one for each of the churchwardens.

In the churchyard is a medieval churchyard cross. The original medieval cross-head was damaged by Puritan iconoclasts in the 17th century so the head was restored in 1909. The new top is an exact copy of the medieval original. In the churchyard are four early 17th-century chest tombs, all listed by Historic England as being of historical importance.

Old Cleeve Church is a delight to visit. The location is utterly superb, and the air of history is palpable. There are wonderful views to Minehead and as far as the Welsh coast on a clear day. Near the churchyard are several attractive thatched cottages.

The church is usually open daily to visitors and was open when we visited. The church is on the northern edge of the village, with a small parking area near the lych gate. The easiest way to reach Old Cleeve is off the A39 west of Williton. 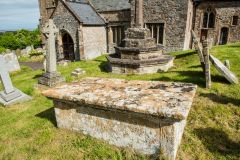 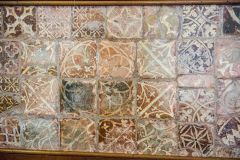 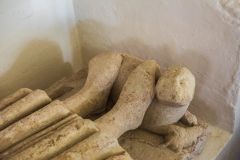 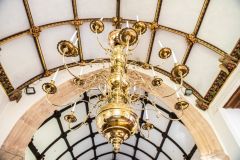 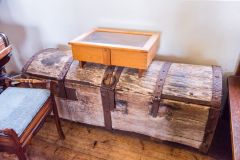