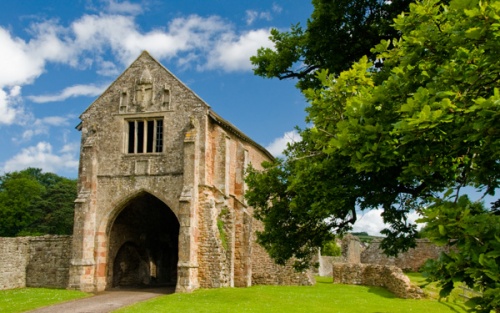 Cleeve Abbey occupies a unique status among British medieval monasteries. Nowhere else can you find so many of the original monastic buildings relatively unaltered and complete. The abbey remains include a gatehouse, cloister range, refectory with a superb angel roof, and a 'painted chamber' featuring medieval wall paintings. There is also the extensive remains of an earlier 13th-century refectory, with painted floor tiles sporting heraldic devices.

The floor tiles are impressive, but even more impressive is the dormitory, almost complete, and much as it looked in the 14th century. There are also more early decorated floor tiles in the remains of the sacristy. Taken as a whole, the remains at Cleeve Abbey are quite extraordinary, and offer a compelling glimpse into life in a medieval monastery. 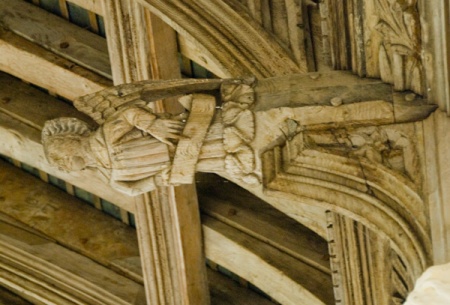 Cleeve Abbey was founded as a Cistercian abbey around the year 1186 by William de Roumare, grandson of the Earl of Lincoln (also named William de Roumare). The elder de Roumare had founded the abbey at Revesby, and it was monks from Revesby who began the new abbey at Cleeve. The original name of the abbey was Vallis Florida (Valley of Flowers) but it later became known as Cleeve Abbey after the nearby village of that name.

Cleeve was not a terribly prosperous house; it never reached the heights of other Cistercian houses like that at Glastonbury. Even at its height it never had more than 28 monks in residence.

The abbey church was demolished during the Dissolution of the Monasteries under Henry VIII, and now little can be seen of it beyond foundation outlines. The rest of the abbey, however, escaped relatively unscathed from the attentions of Henry's men. That is because it was immediately converted for use as a home, and later, as a complex of farm buildings. Thus, Cleeve managed to escape the collapse into ruin of so many other grand monastic settlements. 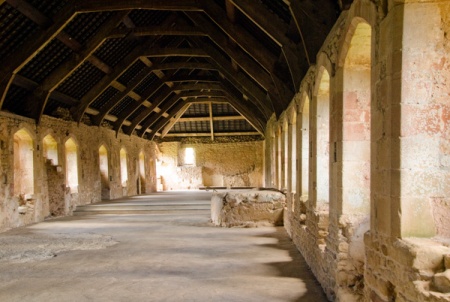 There are many highlights to see at Cleeve. The 13th-century dortoir, or sleeping quarters, are remarkably complete, with the original timber roof still in place. The 15th-century refectory is a beautiful chamber, with whitewashed walls leading up to a wagon roof embellished with carved angelic figures projecting out into the chamber.

The excavated remains of the original 13th-century refectory lie beside the later rectory. Here, the tiled floor exists in almost perfect condition. The heraldic devices on the tiles enable the floor to be dated with some precision to the years 1272-1300.

I have visited a lot of medieval abbey sites across the UK, and I can't think of any other which conveys better what life must have been like for those who lived and worked in the abbey. Cleeve Abbey is remarkable for the amount of the original buildings which have remained relatively intact. For that reason alone it must rank on the 'must-see' list of any visitor interested in the history of Britain's medieval monasteries. The setting is peaceful, the buildings quite remarkably complete, and the overall effect is unmatched among monastic remains in this part of the country. 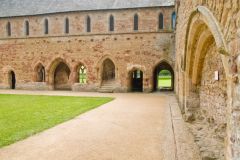 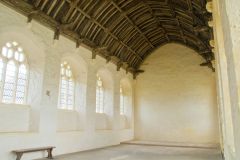 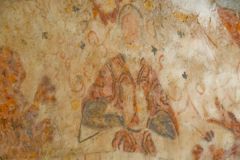 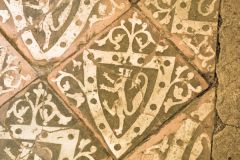 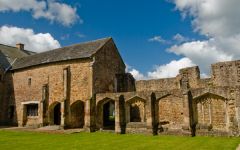 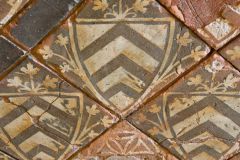 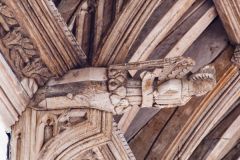 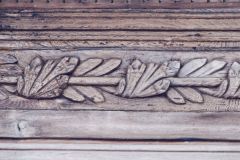 More self catering near Cleeve Abbey

Self Catering near Washford