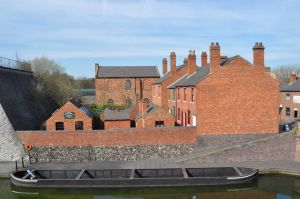 The museum is set directly beside the Birmingham Canal in Dudley, close to Dudley Castle. The museum occupies the site of a disused railway goods yard, coal pits, and old lime kilns. It is much more than an industrial heritage site; historic buildings at risk of destruction are disassembled and brought to the Dudley site where they are rebuilt. Buildings have been brought from Sandwell, Walsall, Wolverhampton, and Dudley itself, and rebuilt to illustrate West Country life from 1850-1950.

The Dudley site is in the heartland of the Black Country, the birthplace of the Industrial Revolution. Electric trams and trolleys bring visitors from the museum entrance to the canal area, where over 30 industrial and domestic buildings have been rebuilt. Visitors can also take a ride on a traditional narrowboat along the Dudley Canal, navigating into the Dudley Tunnel and on to the quarry at Wren's Nest before returning to the museum site.

One of the most fascinating exhibits is a full-scale working model of Thomas Newcomen's 1712 steam engine. Newcomen was hired by Lord Dudley to design an engine to pump water from coal mines on his estates, and the result was the very first steam engine in the world.

Beside the canal are lime kilns built for the Earl of Dudley to process limestone from his quarries. Other fascinating industrial buildings include a rolling mill, nail shop, brass foundry, trap shop, and a chain-makers shop.

At the low end of the site are domestic buildings group together to form an early 20th-century village. Here are houses, workshops, public buildings, and shops as diverse as a sweet shop, bakery, pawnbrokers, ironmongers, and a general store. There are 'back to backs' on Brook street, a chapel from Danby End, and a public house.

Old Birmingham Road is a reconstruction of a 1930s street scene. at one end of the road is St James School, brought here from Eve Hill in Dudley. The school dates to 1842 and volunteers show how lessons would have been conducted at the turn of the 20th century. Along the street is a fish and chip shop from Oldbury, dated to the 1860s, a builders yard, a motorcycle shop, and the Cradley Worker's Institute, a centre for trade union activities in Cradley Heath. Behind the school is a recreated 1930s fairground, with historic rides.

Aside from the rebuilt buildings and village settings to explore, there is a large exhibition of objects connected with life in the Black Country. See objects made by local industries, including glassware, and a vast array of metal objects like chains, anchors, nails, locks, even entire vehicles. There is a large collection of trams, trolleys, motor buses, cars, motorcycles, even a fire truck and historic bicycles, all built locally.

The museum is open daily in summer but has limited hours are less busy times of the year so it is a good idea to check first. 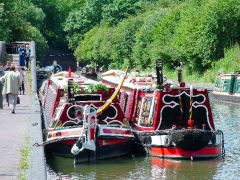 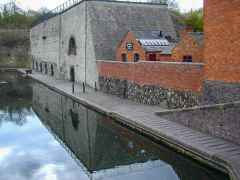 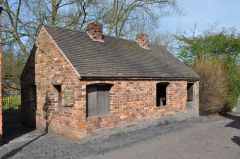 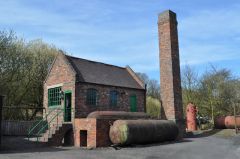