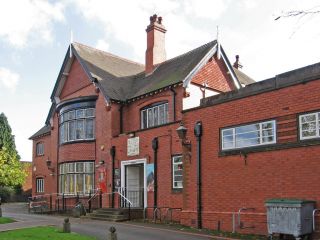 A pretty Edwardian house is the setting for a exploring over 300 years of high quality local crafts in a friendly and informal environment. Visitors are invited to ask questions, bring the children, and enjoy! Many of the works are for sale.

In 1905 Frederick Harper had a 2 storey brick house built at Bilston, on the site of an early 19th century Regency dwelling called Brueton House. The Harpers were successful lock manufacturers, as the Brueton family had been before them, but they did not have long to enjoy their new home. In 1918 the house was converted for use as a girls' school. When the school moved out in 1930 the house was extended and taken over by the Bilston Art Gallery and Museum. The museum opened in 1937, based around a collection of 100 paintings donated by a former resident of Bilston.

In the 1990s the art collection was transferred to the Wolverhampton Art Gallery, and the Bilston Museum was re-launched as a venue for showcasing local arts and crafts.

There is a permanent exhibition called 'Craftsense' which displays objects made by local craftspeople from the 18th century through the present. There are almost 100 pieces of local Bilston enamels, the largest collection in Britain outside the Victoria and Albert Museum in London. Other types of objects in the permanent exhibits include glassware and jewellery.

There is also a programme of temporary exhibits showing modern pieces by local artists. A few recent exhibitions have included quilting, home design in post-war Bilston, making contemporary jewellery, and print-making in the style of the 1950s 'New Look'.

Behind the house is a large garden with several large outdoor pieces of sculpture used to create a pleasant place to relax and enjoy art in a natural setting.

The museum is free to enter. 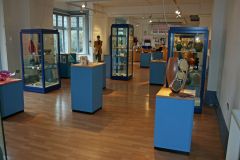 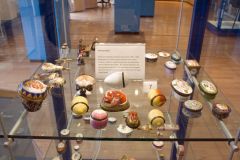