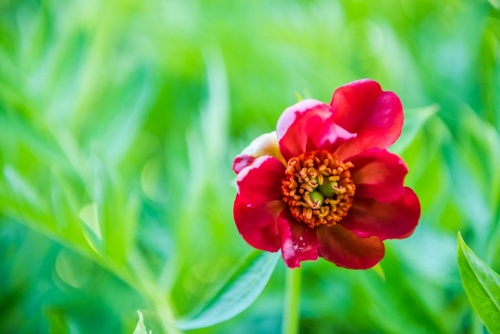 A spring blossom at Highdown Gardens

A lovely, peaceful garden tucked away on high downland, with views out to sea. Highdown is a secluded haven for garden lovers, a real horticulturist's delight. So many rare and unusual varieties flourish at Highdown that the entire garden has been declared a national collection. Best in: spring and early summer.

The garden is strikingly different, planted with species that thrive in the chalky soil of the downland, in an area with thin soil, salty air and high winds.

Highdown owes its existence to one man; Sir Frederick Stern, a big game hunter and secretary to PM David Lloyd George. Stern began to lay out the gardens here in 1909, based around an unused chalk pit. Highdown was probably the first large garden in Britain planted on pure chalk.

When Stern began his garden one well-known gardener told him flatly that nothing whatever would grow on the barren chalk. Thankfully, Stern ignored him. 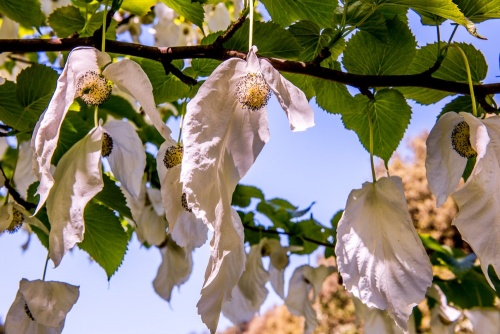 A handkerchief tree in bloom

He was aided in his determination by Sir Arthur Hill, who would later become the Director of Kew Gardens. Stern planted the gardens with unusual species brought back by plant-hunters from China, Borneo, and the Himalayas.

Being so close to the sea Highdown suffered from salt damage caused by the salt-laden sea air. To counter the effects of the sea breezes Stern planted belts of elm, cupressus, oak and pine trees to act as screens.

Frederick Stern devoted his life to discover which plants could thrive on the chalk downland soil. He spent 50 years experimenting, and through trial and error created the rare and unusual mix of plants that we see today. As a result of his work, Stern was awarded a knighthood for services to horticulture. When Stern died in 1967 the garden was left to Worthing Borough Council who keep it open to visitors throughout the year.

The hillside site is a wonderful mix of wooded areas and more formal beds. There is an avenue of Himalayan birch, a cherry walk, a herb garden, bamboo pond, hellebore bank, and a lovely beech wood. 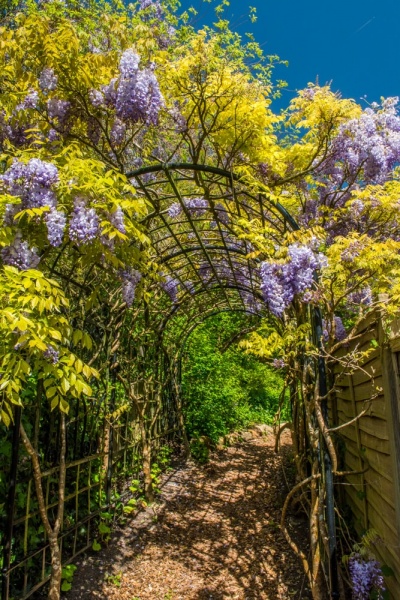 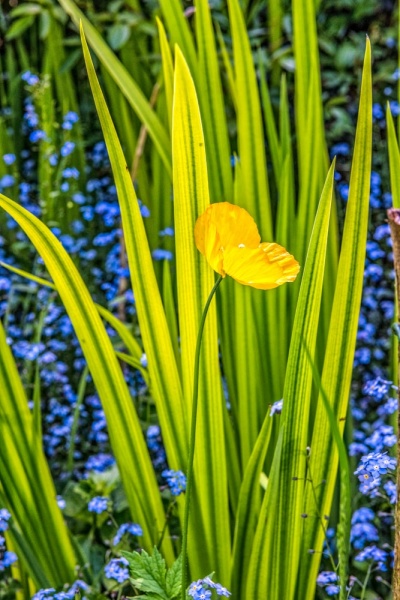 Colour is everywhere at Highdown

The garden is open most days from spring through autumn, and weekdays during the winter months. Admission is free. It is well-signposted off the A259 on the western fringe of Worthing. Look for the signs to Highdown Towers Hotel and folow the road past the hotel entrance to a large, free parking area at the end of the road. The garden entrance is on the western side of the parking area.

Just inside the garden gates is an information building with large maps of the garden and information about its history. As you walk through the gardens you will catch glimpses of Highdown Towers, built in 1820. This was the home of Sir Frederick and Lady Stern until 1967, when it was given to Worthing Borough Council along with the gardens. 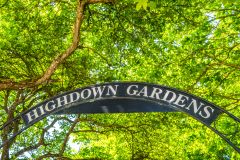 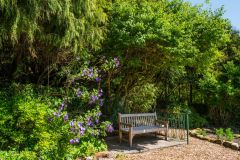 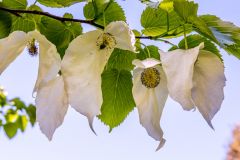 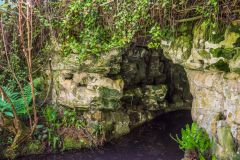 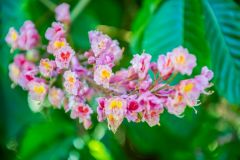 More self catering near Highdown Gardens >>