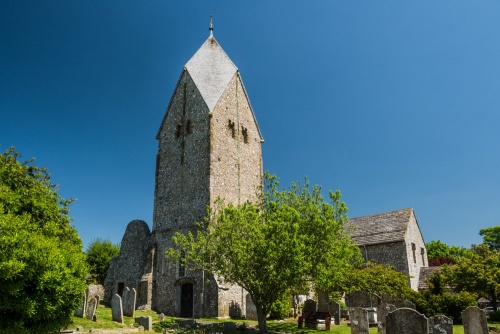 St Mary's Church in the West Sussex village of Sompting is one of the finest Saxon buildings in Britain and one of the most intriguing historic buildings of any type.

The church is unique in the UK for its 'Rhenish Helm' tower; the top of the tower has a steeply sloping gabled roof similar to those in the Rhenish Provinces of northern Europe such as Coblentz and Cologne. The style is a reminder of the close trading links between England and the Rhineland during the Saxon and medieval periods.

But how old is the tower?

For centuries the tower was accepted as an outstanding example of Saxon architecture. Modern historians, however, suggest that it may have been built shortly after the Norman Conquest of 1066. 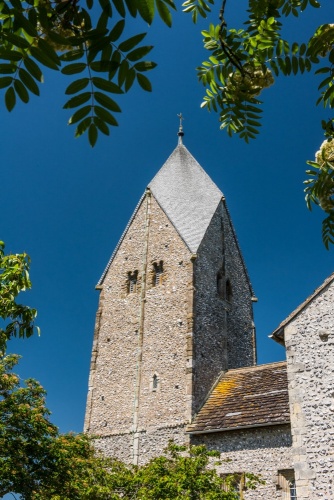 An alternative version of history is that the base of the tower is Saxon, while the top section was built (or rebuilt) in the decades immediately following the Battle of Hastings. The two stages of the tower are separated at about 20 feet by a string course decorated with weathered carving. 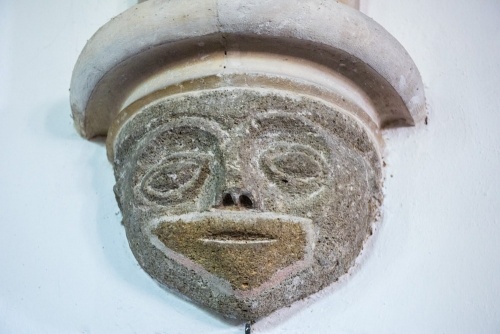 A church at Sompting (Svltinges) is mentioned in the Domesday Book of 1086 but there may have been a timber church here as early as AD 960. That timber church was rebuilt in stone around AD 1000.

In 1154 William de Harcourt and William de Braose gave the living of Sompting to the Knights Templar. The Templars extended the building with transepts in the later part of the 12th century and added a chapel joined to the south transept.

After the Templars were suppressed in 1307 the church passed, like most of the Templar's belongings, to the Knights Hospitaller of St John - the forerunner of the St John's Ambulance service. Over time these various extensions made the building a bit of a mish-mash of architectural styles. 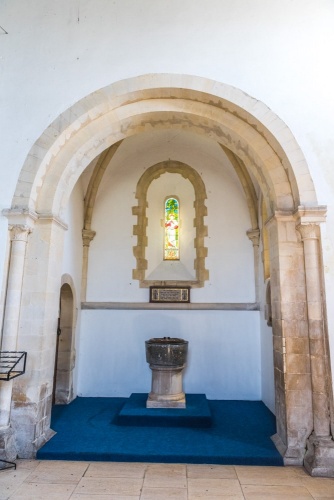 You enter through a door in the south transept - an odd main entrance location. The doorway is Norman, though the windows are later.

The chancel is 11th century, with a later 15th-century east window. In the south wall you can see a blocked opening that may have been a leper's squint - a window allowing lepers, who were not allowed inside the church, to view the altar during services.

Set into the west end of the nave is a Saxon doorway giving access to the tower. The doorway is offset rather oddly, almost shoved into the corner rather than being in the centre of the tower wall as you might expect. The doorway capitals are finely carved by Saxon standards. It is unusual to find Saxon capitals decorated at all, but these are.

Set into the south transept is the Templar chapel, reached through a plainly carved Norman archway. The focal point of the chapel is a small stone font made of Purbeck marble. In the chapel sanctuary is a blocked window that may once have connected to an anchorite's cell outside the church wall. 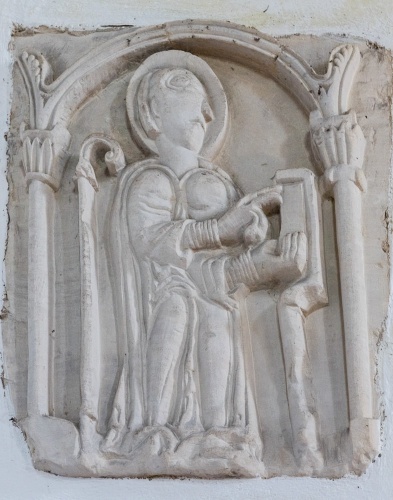 12th-century carving of a bishop

Left of the chapel arch is a very impressive relief sculpture depicting a bishop with his crooked staff. The detail if the carving is exceptional, though the bishop's face isn't very flattering! The carving is thought to date to the 12th century.

In the blocked north doorway is a superb 13th-century carving. On one side it depicts Christ in Majesty surrounded by the symbols of the Four Evangelists. The other side is an ornate Saxon design, suggesting that the Christ in Majesty carving was done on the reverse face of an earlier Saxon carved stone. A similarly carved fragment is set into the aumbry cupboard in the chancel.

This is just one of several Saxon carved fragments around the church. Five panels of decorative Saxon carving are set into the east wall of the chancel behind the altar table and more fragments are used for the triangular head of a piscina in the south wall.

In the north transept is a peculiar 'Saracen's Head' corbel supporting the vaulting of the eat wall. The corbel takes the shape of a human face with a wide mouth. 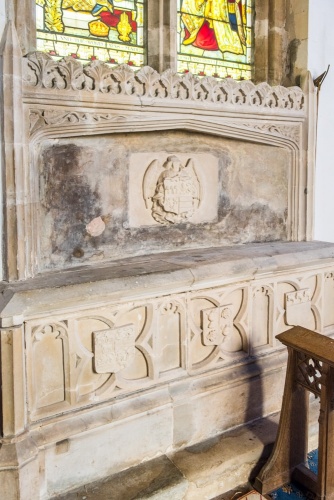 We found Sompting church to be absolutely fascinating. Simon Jenkins, the author of the popular book 'England's Thousand Best Churches', doesn't agree; he awarded it just two stars out of four. It is true that church is an architectural jumble, but there is so much to discover; the Saxon carvings are fascinating and the combination of Saxon and Norman architecture along with the church's links to the Templars and the Hospitallers makes this one of my favourite churches in the south of England.

The St Mary's is extremely close to the busy A27 it is hidden away on the north side of the road, well away from the village itself. Don't turn off for Sompting village, but rather take the lane heading north towards Steyning. The church is just ahead on your left and there is a small parking area. The church is usually open to visitors and is well worth making an effort to see. 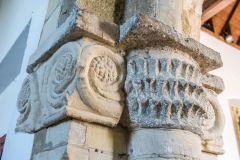 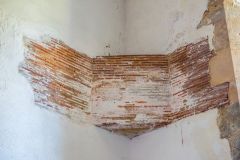