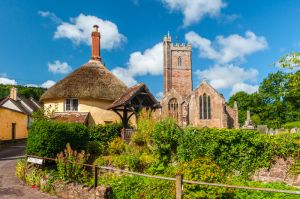 The estate is centred on Holnicote House, begun in 1493. The medieval house was rebuilt in the 17th century, and again in 1705 when the Blackford family bought the estate. A fire destroyed the Blackford mansion house in 1779, but it was rebuilt as a hunting lodge by the Acland family.

The Aclands were heavily involved in stag hunting on Exmoor, and the Holnicote estate was closely linked to the hunt until the early 21st century when the National rust took the controversial step of banning the hunt. The Acland's manor in burned down in 1851, and it was once more rebuilt. The lodge became a children's home, and later a hotel.

There is also a National Nature Reserve at Dunkerry, and you can climb the Beacon to the highest point in Somerset. If you'd rather not walk, why not try pony trekking, cycling, or horse riding? Wildlife is plentiful, but none more popular than the Exmoor pony. There are red deer and heath fritillary butterflies.

At Allerford there is a picturesque 15th-century packhorse bridge and the West Somerset Museum of Rural Life. In Blackford is the oldest building on the estate; a medieval dovecote. Perhaps the most popular village with visitors is Selworthy, with its pretty thatched cottages and a medieval church. And speaking of religious buildings, look for the thatched chapel at Tivington. 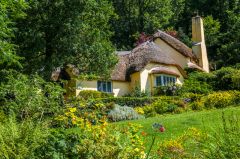 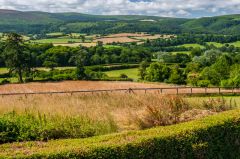 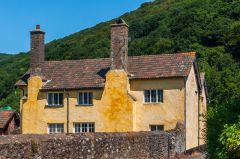 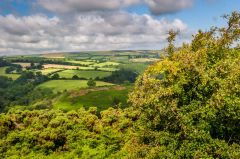 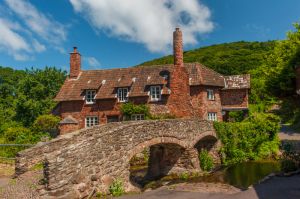 More self catering near Holnicote Estate >>