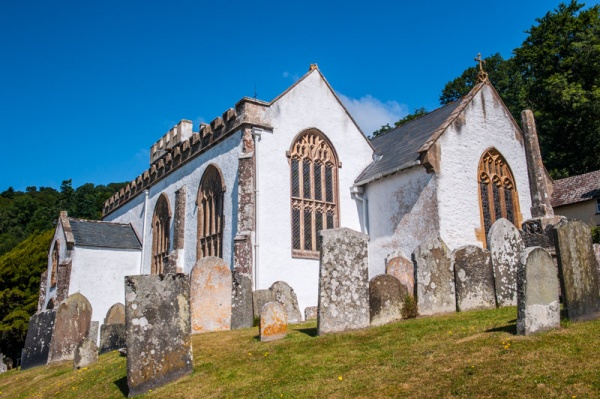 The Somerset village of Selworthy stands on the edge of Exmoor National Park, in an area of stunning natural beauty. Most of the village is owned by the National Trust and falls within the Trust's Holnicote Estate. Selworthy is perhaps most famous for its collection of picturesque thatched cottages, one of which is now used by the Trust as a popular tearoom.

Though most people come to Selworthy to explore the pretty thatched cottages and enjoy the unspoilt atmosphere, there is another good reason to visit, and that is the wonderful medieval church of All Saints, which stands high on the slopes of Selworthy Beacon looking out across stunning countryside.

All Saints is regularly whitewashed to protect its stone walls from the effects of weathering. Whitewashing was once a common practice but is rarely used today when most churches simply have untreated exposed stone.

The oldest part of the church is the rather squat west tower, built in the 14th century. By Somerset standards, the tower is relatively plain with just a crenellated top for embellishment. The body of the church is 15th century, plus an outstanding south aisle added in 1538 by the Steynings family, then the lords of the manor. The comparatively plain north aisle was built by the Arundel family of Cornwall, who held the manor of Selworthy and nearby East Luccombe in the 17th century. 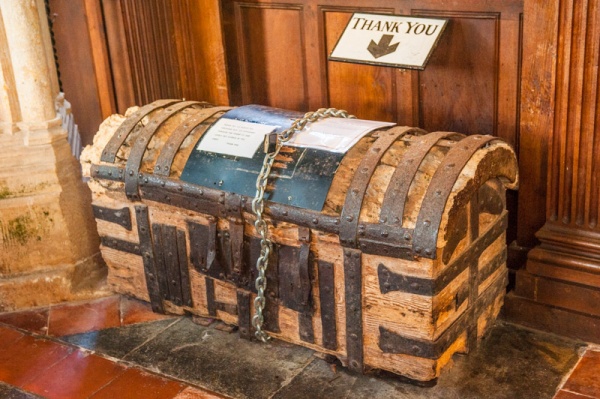 The large Perpendicular windows create a spacious, light-filled interior, enhanced by slender arcade pillars and high, pointed arches. The nave and both aisles retain their original Pre-Reformation wagon roofs. The roof bosses are beautifully decorated with carvings of heads and foliage, while along the wallplate are figures of angels bearing shields.

I said earlier that the west tower is the oldest historical feature. That isn't strictly true, as the well-worn font bowl appears to be Saxon and probably survives from a much earlier church on this site.

One unusual feature is a stair near the south door that originally led to a parvise; a chamber over the porch. Around 1804 the parvise was remodelled to become a family pew for the lords of the manor. The family members could look out from a gallery that was much higher than the rector's pulpit, giving a rather telling indication of social status. The gallery looks for all the world like a private box in an opera house, and the family pew is decorated in Strawberry Hill Gothick style.

At the west end of the nave is a 1750 gallery in neoclassical style, used by musicians during services. The pulpit incorporates medieval panelling and features a 17th-century sounding board and an hourglass for timing sermons. The east window of the north aisle has some fragments of medieval glass. 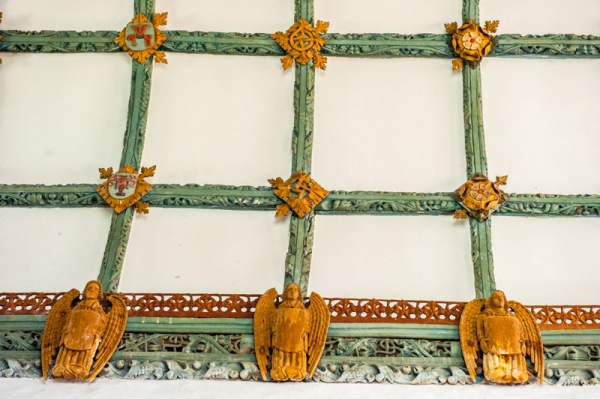 In the sanctuary is a memorial brass to William Fleete, rector of Selworthy, who died in 1617. The brass is interesting in that it has both Latin and English versions of Fleete's epitaph, Latin above and English below. The epitaph is composed in (badly) rhyming couplets. Here are just two examples:

Here dead I lye in earth, intombed in the grave,
My funeralls in swanlike sort my selfe inited have,
London my birth, my bringinge upp Winton & Oxon had,
Where taught I was with Wickhams flock among ye grave & sad

Another fine memorial brass commemorates Robert Siderfin, who died in 1714 at just 25 years old. In a wooden frame on the wall are several painted panels of an early Tudor screen, sporting white and red roses. Near the door is a worn 16th-century wooden chest, patched with iron straps and reinforcing panels to counter the wear and tear of centuries. Like most parish chests it has three locks. The rector would have held one key and the other two were held by two churchwardens.

The richly coloured east window is a memorial to a former rector named Joseph Stephenson, who died in 1863 after 61 years in service. The glass was designed by the famous London firm of Clayton and Bell.

All Saints is the final resting place of Francis Eeles, the founder and first secretary of the Council for the Care of Churches.

Access to All Saints is easy. Just take the minor road marked 'Selworthy Only' off the A39 west of Minehead. There is a small car park opposite the church.

I've visited All Saints several times and each time I come away more impressed. The church is full of fascinating historical features, though perhaps my abiding memory is the stunning view from the south porch looking out over the surrounding countryside. It is a view worth savouring, as is the church itself. 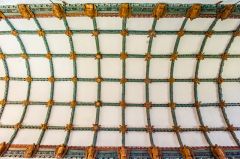 More self catering near Selworthy, All Saints Church

More bed and breakfasts near Selworthy, All Saints Church