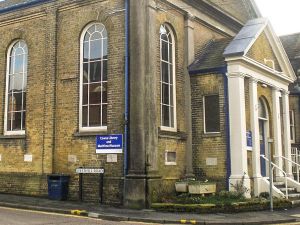 Cowes Maritime Museum
A small museum with model boats from the Maritime Collection, exhibits on yachting, boat racing, ship-building, and the rich maritime heritage of the Isle of Wight. This being Cowes, of course, there are exhibits on the famous annual races!.

The museum began in the 1970s when library staff began collecting and exhibiting archival material from the local ship-building firm of J. Samuel White & Co. From plans to model ships and old photographs, the collections began to grow until they included local maritime history, including ship-building and sailing.

Linked to the museum is the Library collection of documents on every aspect of maritime heritage, from press cuttings to books and magazines, covering maritime industries, sailing, racing, and yachting.

A museum highlight is the Avenger dinghy designed by Uffa Fox, a native of West Cowes and one of the most influential boat designers of the 20th century. The Avenger was the design which launched Fox's astonishing career in boat design; it was the first planing dinghy, and from 1928 took 52 out of 57 races.

A local saying puts Fox's accomplishments in perspective; it is said that it was Queen Victoria who put Cowes on the map, but it was Uffa Fox who kept it there.

In addition to the main museum, there is also an extensive archive covering the island's yachting and shipbuilding heritage which is accessible by appointment.

The museum is housed within the main Cowes public library and is free to enter. Opening times can be limited, so it's a good idea to check ahead before visiting. 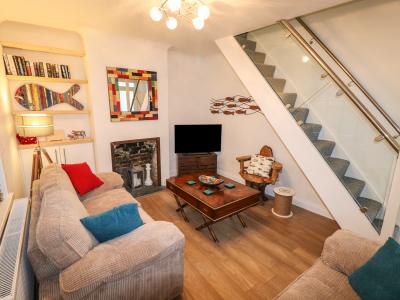 An end-terrace cottage situated in the town of Cowes on the Isle of Wight, it can sleep up to seven people in three bedrooms.
Sleeps 7