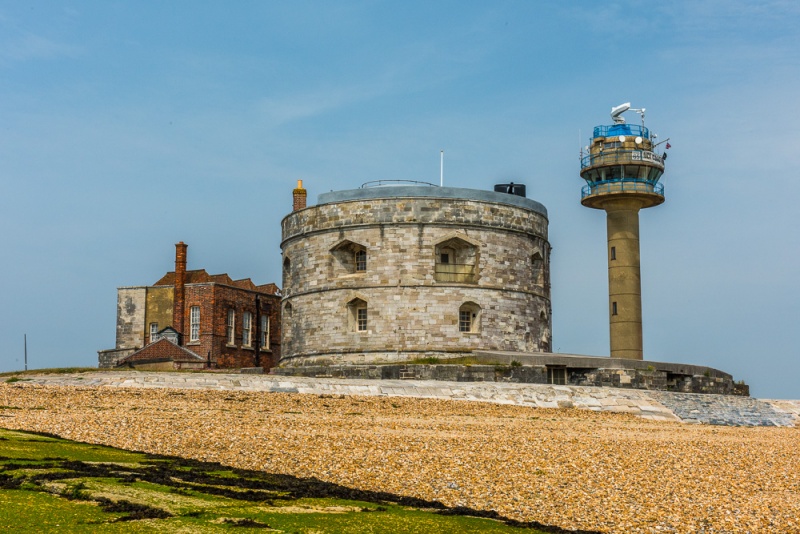 One of Henry VIII's string of coastal defences, Calshot Castle was built in 1539 to protect the western entry to Southampton Water. The castle was badly damaged during the reign of Queen Elizabeth but was repaired at great cost and served as an artillery defence until the early 20th century.
History
During the latter years of his reign, Henry VIII was concerned over the threat of invasion by France and Spain. To counter this threat he built a chain of artillery forts along the south coast. Calshot is one of these forts, built in 1539 on a long shingle spit of land on the approaches to Southampton Water.

The castle is composed of a circular blockhouse with a central keep standing 3 storeys high. The keep was built with stone from Beaulieu Abbey, which had just been dissolved by the king.

Unlike some of Henry's forts which fell out of use after his reign, Calshot was used by the military for 4 centuries.

It was badly damaged by fire during the reign of Elizabeth I, and it took timber from 127 trees to repair the damage.

In 1651 Calshot was part of a plan to smuggle Charles II out of England after his defeat at the Battle of Worcester. The plan was for Charles to board a ship sailing from Southampton at Calshot, and escape across the Channel to France. Unfortunately, the day before the escape, the vessel in question was requisitioned by Parliament to help with their invasion of Jersey. Charles was forced to make alternate plans to escape.

In 1913 Winston Churchill, then serving as First Lord of the Admiralty, took his first seaplane flight from Calshot, just after the castle had opened as a naval air base. The Schneider Trophy races for seaplanes and flying boats were held here from 1929-1931, and one of the servicemen involved in putting on the race was TE Lawrence, known to history as Lawrence of Arabia.

During WWII Calshot was home to the Sunderland Flying Boat, the last flying-boat operated by the Royal Air Force; a type known to the Germans as 'The Flying Porcupine' for its defensive armament.

The castle closed in 1961, after an extraordinarily long 422 years in service. It is now run by English Heritage and stands beside an outdoor education centre.

The castle stands somewhat oddly between the modern outdoor recreation centre buildings and the coastguard tower on the shore looking out over Southampton Water. It seems rather dwarfed by its neighbours, half forgotten by the passage of time. Somewhat oddly there is no dedicated castle parking, and you have to pay rather high fees for parking at the neighbouring outdoor centre.

The castle is somewhat small, but typical of Tudor forts built by Henry VIII along the south and east coasts. The cylindrical central keep is in excellent condition, and there is a fascinating historical display on Calshot during WWII and its link to the Sunderland Flying Boat, with old photographs and reproduced newspaper stories. I quite enjoyed visiting the fort. 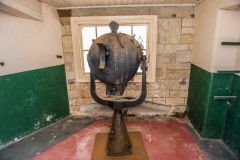 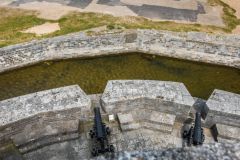 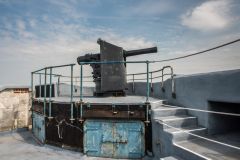 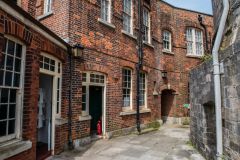 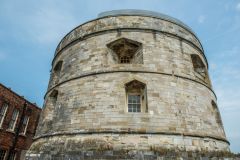 More self catering near Calshot Castle >>