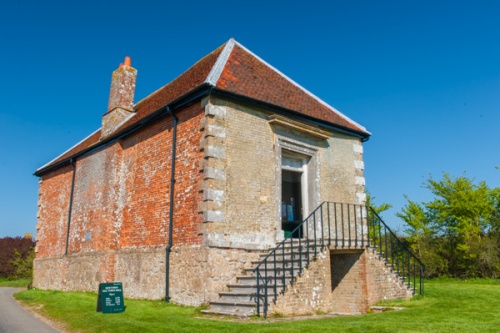 A 17th-century town hall with no town! Newtown was once the capital of the Isle of Wight, and the hall was built to reflect the town's status. Newtown lost its importance, and the town dwindled to a peaceful village, but the brick hall survives as a reminder of Newtown's past. 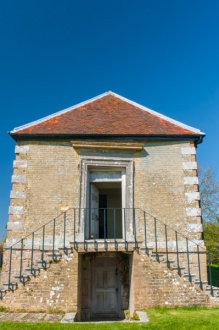 The story of Newtown is an interesting one. The town was founded in 1265 by the Bishop of Winchester, who created a planned settlement, divided into 73 narrow strips of land called burgages. The Bishop rented out these burgages in a medieval equivalent of a rural housing development.

By the middle of the 14th century the Bishop's 'New Town' had grown to over 300 residents, with an economy based on farming and trade through the nearby harbour.

In 1377 the fortunes of Newtown took a turn for the worse; the town was destroyed during a raid by the French, and though many of the buildings were rebuilt, the settlement never really recovered, and the number of residents dwindled during the later Middle Ages.

There was an official building here as early as the 1250s, to serve as the administrative centre for the town. The current hall was built in 1699.

In 1584 Queen Elizabeth I granted Newtown the right to send two members to Parliament, but by the 18th century the town had shrunk to the size of a small village. Nevertheless, it still sent its two MPs to London. Newtown became one of the most blatant examples of the absurd electoral system; a 'rotten borough', with MPs appointed by local gentry.

Among the MPs who represented the few inhabitants of Newtown were John Churchill, Duke of Marlborough and ancestor of Sir Winston Churchill, and George Canning, future Prime Minister. This continued until the Reform Act of 1832 put an end to the so-called 'rotten boroughs', and there was no longer a need for the Town Hall. The hall fell into decay until it was rescued by the National Trust, who also own the adjoining nature reserve. Today there is little remaining of Newtown save the elegant town hall and a few scattered cottages! 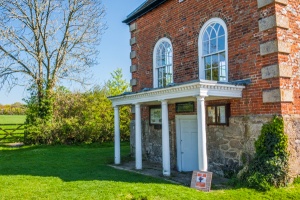 There is a small parking area across the rural lane, but otherwise the Old Town Hall stands alone, apart from the few cottages that make up the hamlet of Newtown. The Hall is actually quite an elegant little building, with a shaded portico at the rear and a set of double steps rising to a first floor entrance at the front. You enter into a small lobby and visitor area, and then immediately into the main council chamber, which also served as a courtroom.

This has been furnished with simple period furniture, some of it brought here from other National Trust properties, such as the oak refectory table, which came from Montacute House in Somerset. One of the most interesting pieces of furniture is a longcase clock, made around 1740-1750 by Richard Smith of Newport. The chamber lit by large round-headed Georgian windows.

The Council Chamber gives access to two small chambers at the rear; a Robing Room, and a Mayor's Parlour. In the Robing Room is a replica of the Newtown Mace (the original is in the Carisbrooke Museum) and an impression of the 13th century Borough seal in wax.

From the lobby there is a stair downstairs to a display area with information panels about the history of the site. These are divided into two main subjects; a look a Rotten Boroughs, and a history of 'Ferguson's Gang', a group of mysterious volunteers who helped provide money to purchase the Old Town Hall and other historic properties for the National Trust.

I found the exhibition of rotten boroughs fascinating. It explained how a pair of local families squabbled over the right to name two MPs, at a time when the entire population of Newtown could be numbered in the dozens - at most. In the end, the families came to a compromise, where each family took it in turn to nominate their appointee, and thus avoid the unwelcome expense of an election. The exhibition points out the absurdities of the electoral system before the Reform Act of 1832 and is a real eye-opener.

It won't take long to explore the Old Town Hall; its a small building and though the furnishings are interesting and the exhibition is well worth taking your time over, it still won't take up too much of your time. You can stroll through the village to the lovely Victorian church, and down to the harbour - where it will take some imagination to visualise the once busy port of Newtown during the medieval period! 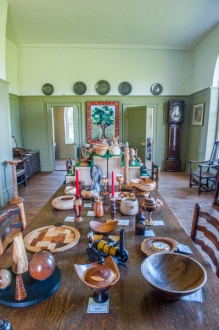 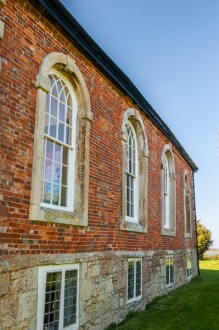 The side of the Hall 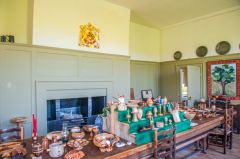 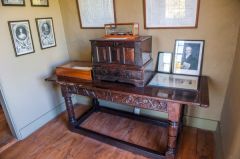 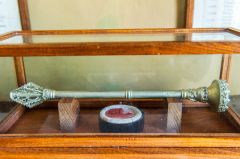 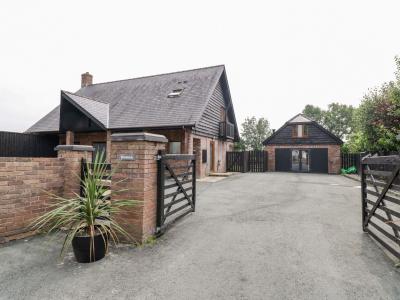 This detached cottage rests in Wales and can sleep ten people in five bedrooms.
Sleeps 10 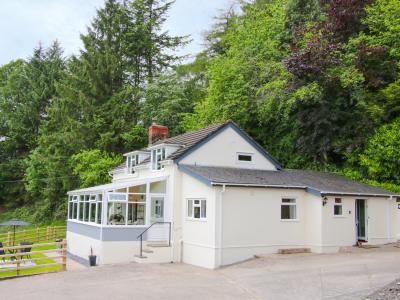 This delightful cottage is located in Caersws, Wales and can sleep four people in two bedrooms.
Sleeps 4