HERITAGE HIGHLIGHTS:   Saxon doorway and window in the tower. 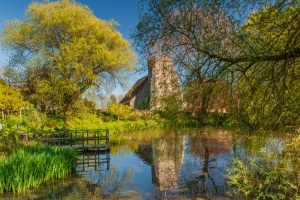 Arreton's parish church is one of the oldest on the Isle of Wight and without doubt one of the prettiest. The church stands beside a wide pool, and the sight of the sturdy west tower reflected in the shaded waters of the pool is one of the most treasured scenes of traditional island life.

Arreton parish was established during the Saxon period, one of seven parishes on the island before the coming of the Normans. The first church here was established as a private chapel for nearby Arreton Manor. After the Norman Conquest Arreton was granted to the abbey of Lyre in France. In 1132 Lord Baldwin de Redvers founded Quarr Abbey and granted Arreton to his new monastery.

From that point the two monasteries of Quarr and Lyre each claimed the income from Arreton and the right to appoint a priest. It took a visit to Wight by the Abbot of Lyre to reach a settlement, and Quarr retained the church in exchange for a yearly payment.

The monks of Quarr farmed land at Arreton and administered the church for over four centuries, until the abbey was dissolved by Henry VIII at the Reformation, and Arreton passed to the crown.

The church building itself dates to the late Saxon period, with the earliest parts thought to be of 10th-century date. The west doorway to the tower is 10th century, as is the small blocked window above it. In the north chancel wall is another late Saxon window, with traces of wall painting still clinging to the stone. 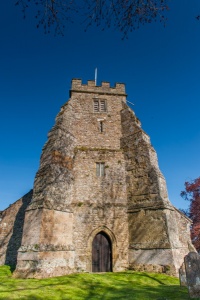 The west tower and
Saxon doorway

The core of the church may be late Saxon and early Norman, but around 1200 a north aisle was added, and shortly after a south aisle enlarged the building still further. The three-bay south chancel was built in the 13th century and features columns of beautifully polished Purbeck marble. Also of Purbeck marble is the 13th-century font, with incised figures carved around the faces of the bowl.

The chapel and sanctuary are separated by 15th-century rails that once formed part of a medieval rood screen which was taken down at the Reformation. Beside the chancel arch is a square opening where a bell now hangs. This was originally a Sanctuary bell, given to Arreton church in 1465 by Nicholas Searle.

Set onto the east wall of the north aisle is a very worn carving thought to depict Christ in Majesty. Just to the north (left) of this carving is a wonderful little carved head of a dragon, or serpent.

Among the numerous memorials of historic interest there are several that stand out. The oldest is a brass to Harry Hawls, dated 1430. Hawls is known to have fought at the Battle of Agincourt in 1415.

Quite a bit more modern is a memorial to Sir Richard Worsley Holmes, who drowned in 1815. The tomb was designed by Sir Richard Westmacott and shows a despairing woman, a wrecked ship, and a broken anchor. Also by Westmacott is a memorial to Sir Henry Worsley Holmes (d. 1811), showing a youth seated on rocks flanked by an eagle and a female figure. The style is pure 19th century sentimentality and a wonderful example of funerary style at the time.

Even newer is the Burma Star window, installed in 1992 and dedicated by Countess Mountbatten of Burma.

Other interior highlights include a Jacobean parish chest (1619) and altar table, and a royal coat of arms to Queen Anne.

Outside the church, you can find the 1720 tomb of Oliver Cromwell's grandson, William, and his wife Hannah, just to the west of the porch. And if you go around the back of the church you will find the tomb of Arreton's famous literary figure, Elizabeth Wallbridge, the Dairyman's Daughter.

Elizabeth Wallbridge was born in the late 18th century at Hale Common. She was known for her quiet, pious lifestyle, but she died tragically young in 1808 of consumption, aged just 31. Her life was immortalised - and romanticised - by Leigh Richmond in his book 'Annals of the Poor', and she became something of a celebrity. Her tombstone can be found behind the church, outside the north wall of the chancel. 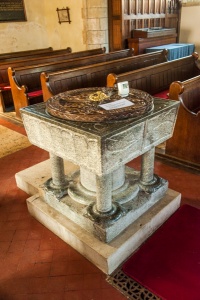 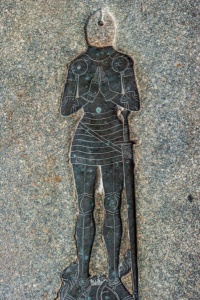 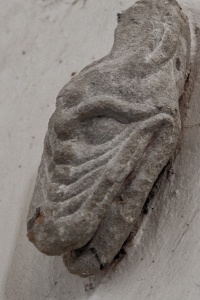 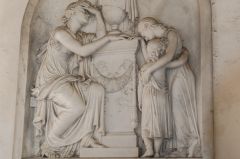 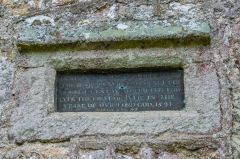 More self catering near Arreton

More bed and breakfasts near Arreton