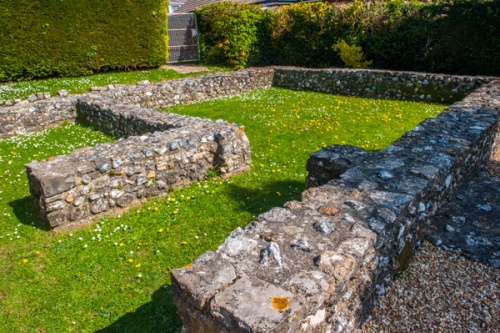 Remains of a Roman villa dating to AD 280. The best-preserved part of the villa is its baths, but there are also very good examples of underfloor heating and mosaic floors to be seen. Tableaux depict life in Roman times, and there are exhibits of Roman finds from across the Isle of Wight. Seasonal opening. 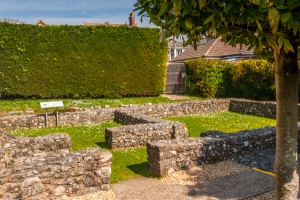 The villa was discovered in 1926 when workmen digging foundations for a garage uncovered mosaic tiles. The main villa building was carefully investigated and protected from harm, but all the outlying farm buildings were covered over by a new housing development and are lost for good.

Unlike large and impressive sites like Brading, Newport's villa was essentially a farmhouse, with outlying farm buildings. It was probably built not by the Romans but by a local landowner who adopted Roman ways. The builder used a site that had been occupied since at least the Iron Age, and bits of Iron Age pottery keep turning up in the gardens.

The main house was built sometime in the late 270s AD, on a 'winged-corridor' plan, with the main facade fronted by a verandah, linked to wings on either side. The villa faced south, probably onto a courtyard around which other secondary farm buildings were clustered. 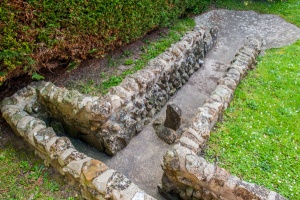 The house was only used for about 50 years and seems to have changed very little in its lifetime. The foundation walls were built of local limestone, greensand, flint, and chalk, and still stand to almost their original height. The stone foundations were topped with timber-framed walls, probably finished with wattle and daub, and whitewashed. At least part of the house was painted red.

One wing was set aside for a bath suite, and this may have been built completely in stone. The entire building was roofed with limestone tiles quarried at Bembridge. Many of the roofing slabs have been found on the site, as have fragments of window glass, suggesting that at least some of the villa windows were glazed.

Interesting remains of painted wall plaster were found during excavations, so we know that at least some of the rooms had brightly coloured walls. Colours found so far include red, grey, green, purple, brown, and yellow. We don't know what exact decorating pattern was used, but one room has been reconstructed to show how it 'might' have looked, with a typical painted pattern of stripes, rectangular panels, and geometric patterns.

There are several large areas of surviving mosaic floor; the best preserved is in Room 5, which has a large area of red and white squares. Even more intriguing is a small fireplace, added as an afterthought. Other rooms were heated by a traditional Roman hypocaust, or underfloor heating system.

The best-preserved part of the hypocaust system is in the bath suite, fed by a furnace outside the rear wall. One interesting feature of the bath suite is that lightweight blocks of tufa stone were found, suggesting that the baths were roofed with a domed ceiling, allowing condensing moisture to run down the outer walls rather than drip onto bather's heads! 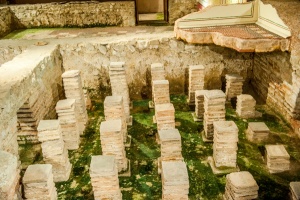 What happened to the villa?

The villa seems to have been used for only about 5 decades. Early in the 4th century AD, the floors of some rooms were taken up, and the largest room was converted into a blacksmith's workshop. Did the family simply fall on hard times? We don't know, but one intriguing bit of evidence is the skull of a woman, found in the corner of one room.

One theory is that the woman was killed by Anglo-Saxon raiders, an indication that the Roman system of life on Wight was falling apart by the middle of the 4th century.

The villa is well signposted from the centre of Newport and surrounding roads, but be aware that there is no on-site parking. We were able to find a parking spot along a residential street a few minutes walk away. You may prefer to park in the town centre and walk approximately 10 minutes to the villa site.

Though the villa is small and rather hemmed in by a modern housing estate on all sides, there's quite a lot of interest here. There is a small exhibition area with finds from the site, and an enclosed are showing the mosaic floor and fireplace with recreated chamber walls. There is a small 'tableau' showing a Romano-British person preparing food, and access to the outside foundations of the major villa chambers.

One area we really enjoyed was the recreated garden, with plants that would have been used regularly by the Romans. There was a rather good activity area for children, showing how the Roms made their food, wove cloth, and carried out other activities of daily life.

There was also a rather useful scale model of what the villa would have looked like in its heyday, that really helped tie together the whole visitor experience. Outside the main visitor entrance is a fascinating underground feature thought to be a corn-drier, which used cleverly distributed air flow to dry grain.

Though it is quite small compared to the island's major Roman site at Brading, I quite enjoyed visiting Newport's Roman villa. 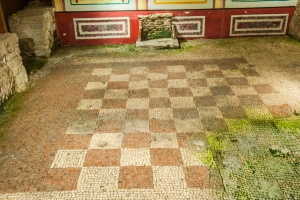 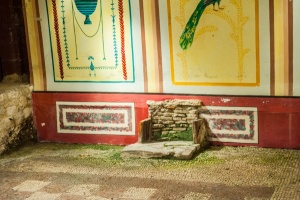 The fireplace in Room 5 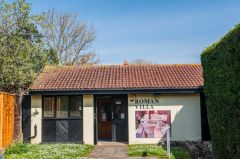 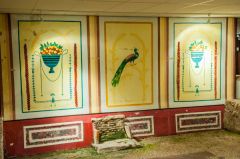 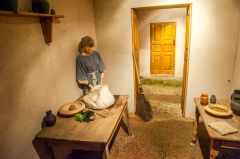 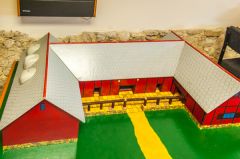 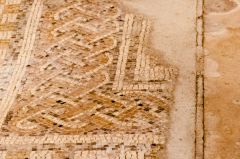 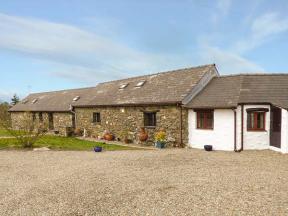 This semi-detached, stone barn conversion is situated near Newport in Pembrokeshire and sleeps four people in two bedrooms.
Sleeps 4 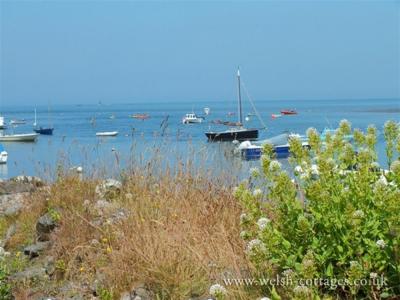