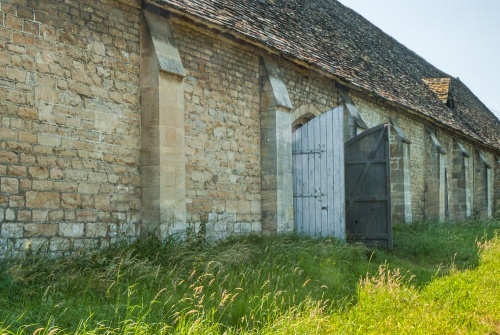 Frocester Tithe Barn
Frocester Tithe Barn is one of the better preserved medieval tithe barns in the country, built in the late 13th century, with roof timbers dated to 1525. The barn is composed of 13 bays and measures 186 feet in length. It is still in use as a working farm building after over 7 centuries. Nearby is a 16th-century gatehouse (viewing by arrangement).

The barn was built shortly before 1300, with some 19th-century alterations. It is not technically a tithe barn at all, for a tithe implies a tax in kind, a tenth of all produce given by farmers to the church. At Frocester, the estate was owned by the monks of St Peter's Abbey in Gloucester (now Gloucester Cathedral).

The monks cultivated some 600 acres of arable land at Frocester and stored their own grain here in the barn. The builder was probably John de Gamages, abbot of St Peters from 1284-1306. 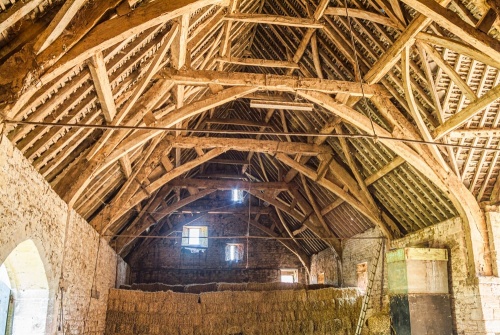 The huge roof is supported on an internal cruck frame raised on stone bases. At one end is a raised platform for milling machinery, inserted in the 19th century. The roof had to be replaced after a fire in the early 16th century.

After the Dissolution of the Monasteries the Frocester estate, including the barn, was sold to George Huntly, the medieval floors and partitions were removed, and the end bays of the barn were used for domestic purposes.