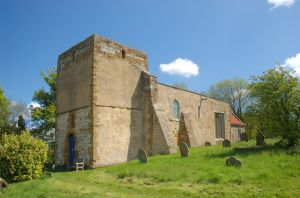 Otherwise known simply as Barnetby, this busy village has a history at least as old as the Domesday Book of 1086. Nearby is the abandoned church of St Mary, which may date to the Saxon period. St Mary's is now in the care of the Churches Conservation Trust.

The oldest feature inside the church is the 12th-century font. The church once possessed a rare lead font, now in the North Lincolnshire Museum in Scunthorpe.

St Mary's was replaced by the brick-built St Barnabas church in 1927 and St Mary's fell into disuse.

The long-distance trail known as the Viking Way passes directly through the village. There is one pub, called the Whistle and Flute. Until recently there was a second pub, called The Railway Inn. The inn recalled the influence of the railway on the village's history, for it was really the coming of the train to Barnetby in 1848 that created the present village size and layout. Many trains passed through the village from the steelworks at Scunthorpe, and today almost a quarter of the nation's rail traffic passes through this once-sleepy village.

Outside Barnetby, beside the A18, is a 17th-century gallows erected on the orders of King James I. It seems that two local families of the gentry, the de Ros and Tyrwhits, had a sometimes violent feud that ran for almost 3 centuries.

King James built the gallows and decreed that any subsequent deaths due to violence between the families would be considered murder and the offender would be hanged. It must have worked - there are no further reports of incidents! The story of the gallows lives on the name of the nearby woodland, known locally as Gallows Wood. 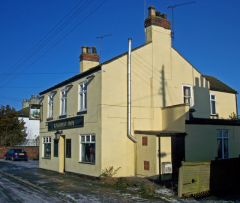 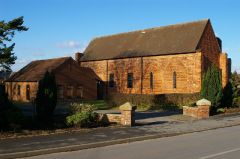