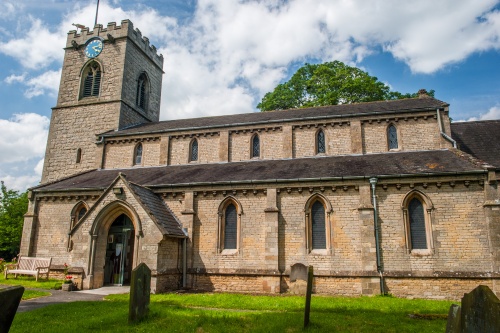 We know that the village of Scawby was settled at least as early as the Anglo-Saxon period, and the village is recorded in the Domesday Book but there is no mention of a church at that time. The first record of a church comes from 1219 when John de Godeton is listed as a vicar. The first church was probably built several decades earlier in the late 12th century.

Scawby Church is dedicated to the 7th-century saint Hybald, or Hibbald, who died in AD 690. Only 4 churches are dedicated to Hybald, and all 4 are within Lincolnshire. The Venerable Bede says that Hybald was the Abbot of Bardney. He was buried at Hibaldstow, which is named for him. His shrine became a place of pilgrimage during the Middle Ages but was destroyed at the Reformation.

When Hybaldstow church was restored in 1866 a stone sarcophagus was found which dated to the Saxon period. The sarcophagus held the bones of a tall man that was identified as being Hybald. The bones still rest inside the church. 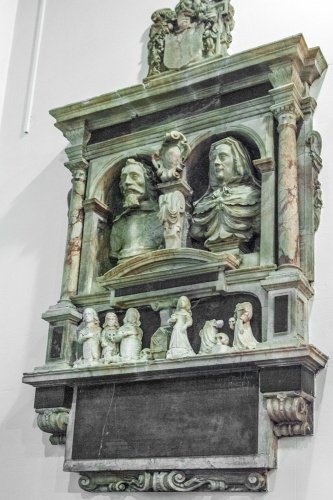 In the south aisle is a modern icon depicting St Hybald and there is a likeness of him in an aisle window.

The oldest part of St Hybald's Church is the base of the tower, which dates to the late 13th century. In the 14th century the church was appropriated to Thornholme Priory near Broughton, and the Priory held the church until it was suppressed by Henry VIII in the Dissolution of the Monasteries.

The medieval church survived until 1839 when it was badly damaged in a fire. The damage was so severe that the church had to be completely rebuilt. Only the base of the tower was salvaged. The rest of the church dates to the Victorian rebuild and is in Early English style. It was made with locally quarried stone at the cost of £2000. The new church was composed of a clerestoried nave, chancel, aisles, south porch and west tower. 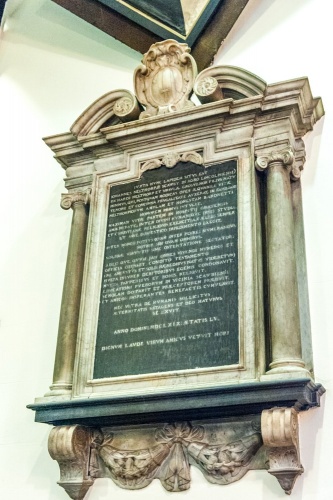 The oldest Nelthorpe memorial commemorates Richard Nelthorpe (1569-1640), his wife Ursula and their 10 children. Six of the children died before their parents and are depicted carrying skulls. The inscription begins in Latin but ends with the English phrase, 'Our thread is spun and thine doth shorter grow, Spectator, eye not then things here below'. Richard began building Scawby Hall in 1605 and bought the manor and rectory in 1626.

Sir John Nelthorpe (1614-1669) was Richard's second son. His elder brother Edward inherited the Scawby estate while John had to settle for the manor of Barton on Humber. John fought for Parliament in the Civil War but still managed to acquire the baronetcy of Scawby and become Sir John in 1666. 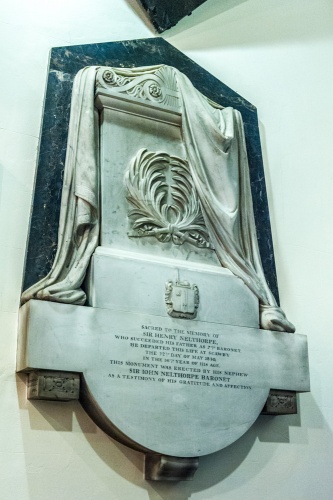 He spent most of his time in London and died there, unmarried. in 1669. A tablet in his memory was brought from St James Church in Clerkenwell, London, when that church was torn down in 1788. Sir John is remembered for founding Brigg Grammar School in 1669. It is now called the Sir John Nelthorpe School in his honour. 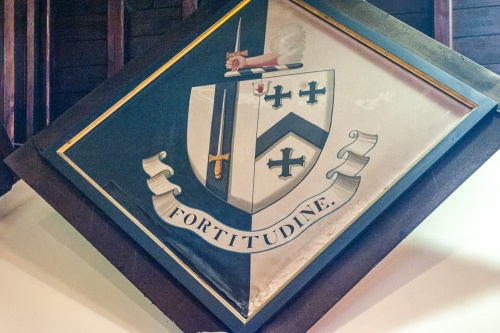 One of 4 Nelthorpe funeral hatchments

The church furnishings are all Victorian, including n octagonal font and wrought-iron communion rails.

St Hybald's Church is very firmly a Victorian building, but the 17th and 18th-century Nelthorpe memorials add historical interest, and the church's location just outside the grounds of Scawby Hall is wonderful. 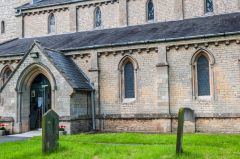 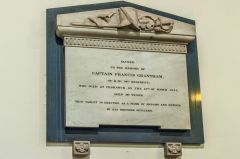 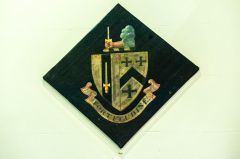 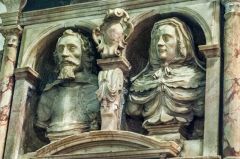 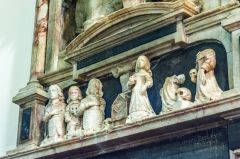