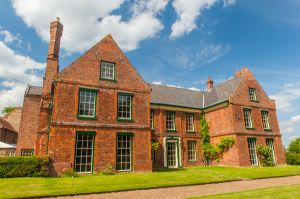 Scawby Hall is an early 17th-century manor, home to the Nelthorpe family since 1605. Scawby Hall is Grade-I listed and is set beside a three-acre walled garden.

The house is a good example of early Jacobean style, with a steeply pitched, gabled roof decorated with striking diamond-plan chimney clusters. Within this attractive house are displays of Regency and Georgian furniture, Oriental and English porcelain collections, and a very fine collection of paintings by George Stubs and Sir Thomas Lawrence.

The house was built by Richard Nelthorpe, son of a Yorkshire merchant, who married advantageously. In 1620 Richard purchased the estate of Baysgarth, near Barton-upon-Humber, which became the main family residence, and Scawby became home to junior members of the Nelthorpe family. A memorial to Richard Nelthorpe stands in the parish church, which is located immediately beside Scawby Hall. 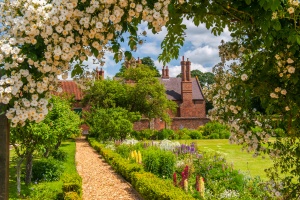 The house from the walled gardens

The Nelthorpe family had their fair share of eccentrics; one of them was executed for his involvement in the Rye House Plot of 1685, another sailed his private yacht to the Crimean War and fought in the trenches - as a civilian. The Nelthorpes married into the Sutton family to form the Sutton-Nelthorps, and a later Sutton-Nelthorpe went off to fight at Gallipoli in 1915, bringing his golf clubs with him, wrapped in burlap for protection.

The distinctive profile of the house is created by four sets of grouped chimney stacks which rise high over the gabled roof. At one end is the kitchen block, originally detached from the main house but now linked. The main entrance was originally on the east side but was moved to the centre of the south facade in the early 18th century, only to be moved back to its original position a century later.

We came on a baking hot summer's day. We were just a bit early for the house opening and took advantage of the opportunity to explore the walled garden beside the house. This is an absolute delight; apart from providing a bit of welcome shade and summer colour, the garden was a pleasure for the senses; with the scent of massed flowers mingling, and the sight of the manor house always present over the stone walls.

The house itself is only accessible by guided tour, and we were led around by a very friendly volunteer who gave us the background of the family and how they came to build the house. Scawby is very much about the Nelthorpe family; generation upon generation of Nelthorpes peer down from the walls, and as you move from room to room the very distinctive Nelthorpe facial features become quite obvious in the portraits.

The tour was excellent and gave a very good picture of how the house changed over the years - and just how much has remained the same. After the tour, we went through the garden gate to St Hybald's Church, which, although heavily remodelled in the Victorian period, had some very nice historic features, including memorials to many of the Nelthorpes whose portraits we'd just been looking at in the Hall. 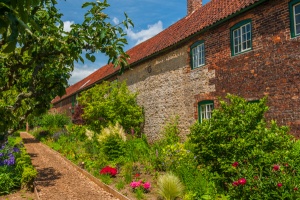 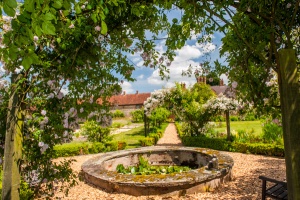 The gardens at Scawby 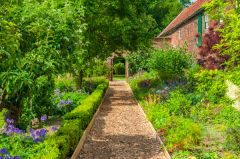 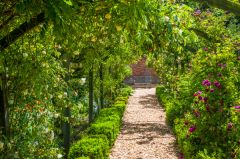 More self catering near Scawby Hall >> 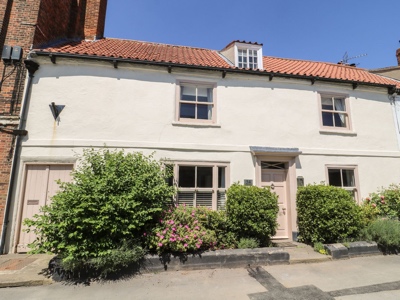 This three-storey grand house is in Brigg in Lincolnshire and sleeps ten people in five bedrooms.
Sleeps 10